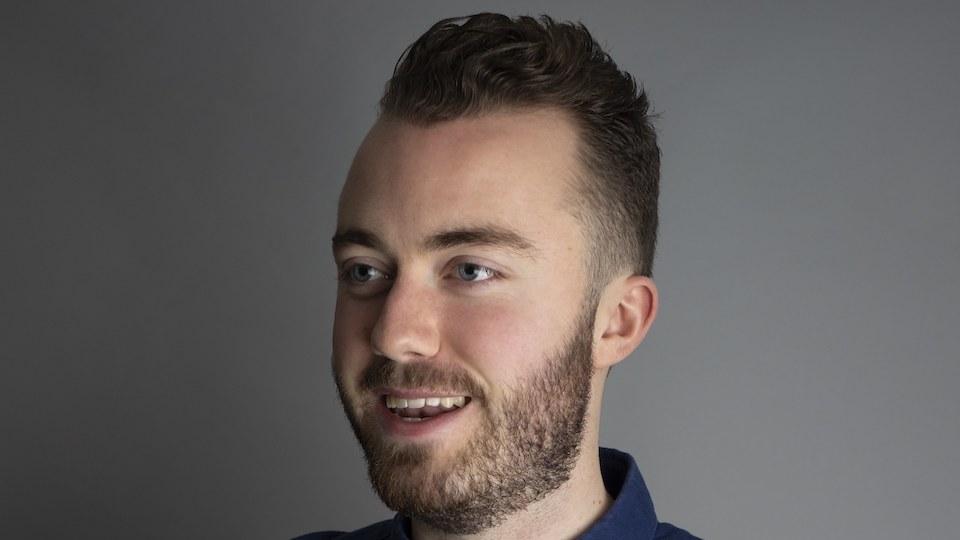 Tom Lucy has had a seemingly meteoric rise to success as stand up comedian. Starting out young at 17, and now just 22, he’s clocked up numerous awards, sell-out Edinburgh shows and has supported huge comedy names such as Michael McIntyre, Jack Whitehall and Kevin Bridges on tour.

Apparently, though, Tom Lucy is a millennial. This is not something he is happy
about. His show is about family, growing up and struggling to come to terms with
being part of the snowflake generation.

As he prepares to take his 2018 Edinburgh show ‘Reluctant Millennial’ on tour Tom Lucy kindly took time out to chat with Entertainment Focus about dropping out of university, his own comedy influences and how ‘surreal’ it feels working alongside his comedy heroes.

You’re gearing up to touring your 2018 show Reluctant Millennial. Have you got an Edinburgh show for 2019 or are you having a year off the Fringe?

No, I’m not going up this year. This will be the first year I haven’t done in it 5 years. Doing the tour means I won’t be able to. It’s a relief to be honest, Edinburgh dominates the whole year for comedians. So to not have it means that a lot of the year’s worries are taken away which is quite nice.

So what are you doing instead, just putting your feet up?

[Laughs] I don’t really know what I’m doing in August but I’ll be doing something else. I’m not very good at not doing anything. I might go up for a few days as it’s an amazing festival. I think it’s even better when you’re up there just as an audience member.

Absolutely. So tell us a little bit about your show. Why are you a ‘reluctant millennial’?

It’s about me being 22 and obviously that’s quite young to be a comedian on the circuit. So it’s a lot about the fact that my life is not really like most other 22 year olds’ because I’ve ended up doing this. It makes me feel like I’m living about 20 years older than I should be. As a result, when I go back to hang out with my mates, and I do stereotypically normal 22 year old things, I find it a bit of a struggle. And it’s about not fitting in with my generation and also I talk a lot about my family.

You started out at 17. What was it that drew you to start stand up so young?

It’s always what I wanted to do and never really had a plan b. It was all that I thought about through my teenage years, it was always what I was going to do. Then I just started as young as I could.

Who were your comedy inspirations?

The first comedians I got into were Lee Evans and Billy Connolly. I can remember being very young watching old videotapes of Lee Evans and thinking he was incredible. That his job was the coolest thing in the world. I think I was about 13 when Michael McIntyre’s Comedy Roadshow started.  That was a boom period for stand up, and I was at that age when when you sort of start to really get things. He had a massive impact on me.

Now you’ve actually worked with and written for Michael McIntyre. How did that come about?

It came about because I did a few support gigs for him. We met through that and he was very nice. Very complimentary. Then he called me one day out of the blue. I got this unknown number come up on my phone. I didn’t know who it was, I was out in the park. And I answered and he asked if I’d like to help him write for a new thing he was doing. It was completely, completely surreal. He’s the person who I was watching on TV thinking ‘I’d love to be doing that’ and then to be in a position where you’re working alongside someone like that is completely nuts to be honest!

It must have been a ‘pinch yourself’ moment. Incredible to become a peer amongst your heroes.

I wouldn’t say that at all! I still look up to these people hugely. I just feel that when I watch them, I just feel like what I’m doing is completely rubbish compared to those guys. But that’s normal, I think it’d probably be a bad thing if I started saying ‘I’m on the same level as Michael McIntyre’ as then I’d have become a bit of an arsehole!

Stay grounded, absolutely. Do you feel frustrated that people focus on your age?

I’ve benefitted a lot from being younger. I’m not naive enough to think that hasn’t helped me a lot because it just makes you stand out. There’s so many comedians now that anything you’ve got that makes you stand out is great. So yeah, when I started, I just looked so young. I was so young I had this novelty factor. It’s not that I was funnier than everyone else, I just also had this thing of being 18 years old, and people were kind of fascinated by that in the early days.

Do you feel old beyond your years?

I don’t know. I mean, people do say that. But I think it’s a lot to do with the fact that I’ve been on the comedy circuit since I was 17. It’s quite a grown up world the comedy circuit. I got very used to spending a lot of time with people in their 30s and 40s. So I think you grow up purely by the fact that you’re spending a lot of time with older people. And I didn’t go to university or any of that. So that kind of was my university experience performing around comedy clubs and pubs.

A fantastic comedy apprenticeship. If anyone’s out there reading this and wants to get into stand up would you say ‘Don’t wait, just get out there’?

Yeah. Stand up’s one of those things you can’t really learn unless you just do it. You can’t really read a book to learn about doing it or watch a video. You just have to do it and if you speak to any comedians they’ll all agree that everybody’s rubbish when they start out. You have to get those first couple of years out of the way because everyone for the first couple of years is bad while learning. Get those early gigs out of the way so you can start getting better.

Am I correct in thinking that you started university then dropped out?

Yes, I went to study a drama degree in Bristol. I was probably there for about three and a half weeks. I didn’t really go to any of the lectures and I wasn’t really into it. By that point I was already doing gigs all the time and I knew that was what I wanted to do.

Definitely the right decision. Has anyone particularly mentored you along the way, giving you advice when you were starting out?

I’ve done quite a lot of support for people over the last few years, and that has been the best thing I’ve done. When I was 19 I went on tour with Jack Whitehall. He’s one of the other comedians who started out at a similar age to me so to be able to ask advice from someone who’s actually been through everything that you’re doing at the same age is great. He’s still, I think, probably the biggest person who, if I ever wanted advice or any sort of guidance, I always speak to him first. He’s always great.

It’s nice to hear that the comedy circuit’s been a supportive environment. Do you ever get any sort of negativity because of how young you are?

99% of people have been very nice. The circuit has lots of types of characters. There’s young, old, really rich and really poor – it’s a real mishmash of people. It’s really great in that respect. When I first came on the scene, I think you have to earn your stripes a little bit. To get the respect from more veteran comedians. You do have to prove yourself. I think that’s normal. I’m sure that’s the same in any industry.

Hard work will pay off eventually. So this is your first solo tour as such, Tom?

Yeah I’ve done a few tours before but supporting other people but this is my first headline tour. It’s going to be different as I’m the main thing. It’s quite terrifying! It’s a massive jump from being the support act to being the main act. If you’re support you want to do well but regardless of how your bit goes, whoever you’re warming up for is going to be great anyway. It sort of takes the pressure off. But this time the people are there just for you so you’ve got to be great.

Good luck! You can catch Tom Lucy on tour on the following dates: