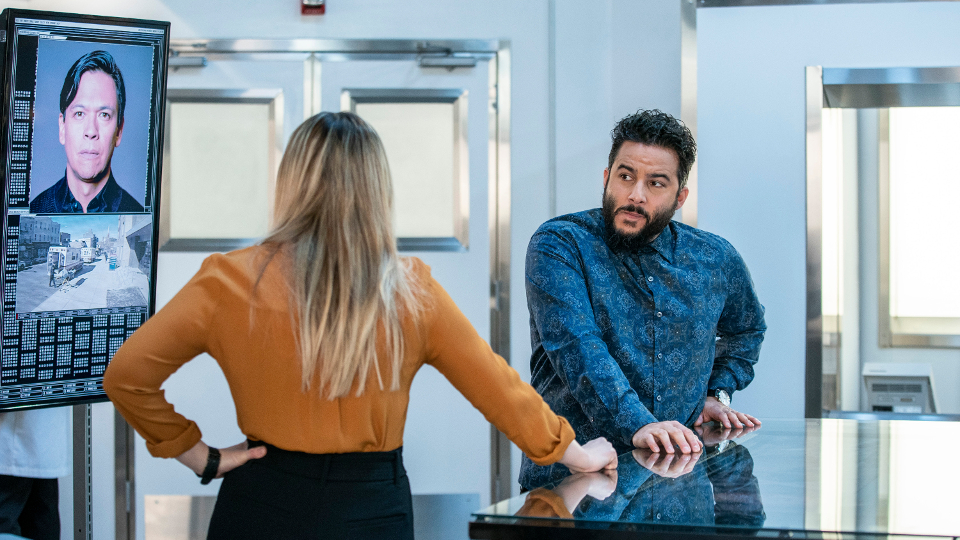 On the latest episode of Blindspot, the team were hot on Madeline’s (Mary Elizabeth Mastrantonio) heels.

Reade (Rob Brown) and Zapata (Audrey Esparza) found a hidden safe at Madeline’s offices. They cracked it but it was empty. They then found themselves under fire from an adjacent building.

Security footage revealed the identity of the shooter as the top hitman for the cartel. The bodies began piling up but continued after his arrest. It turned out that Madeline was using the killings as an opportunity to carry out her own.

Elsewhere in the episode, Jane (Jaimie Alexander) saw various therapists to try and overcome her past issues but they were no help. She then had the idea to sit down with Borden (Ukweli Roach) and he helped her see that Jane and Remi aren’t two different people.

At the end of the episode, the team finally tracked down Madeline and it was Zapata who got to arrest her. That wasn’t the end of the drama though as Jane was abducted by Dominic Masters (Chaske Spencer).

The promo for the next episode reveals that Jane is being held underground in a coffin. It looks like the team will have to work fast to save her.

Watch the Blindspot 4×17 promo trailer below:

Here’s the official synopsis of Blindspot 4×17 The Night of the Dying Breath:

The team races against the clock to save Jane (Jaimie Alexander) from a killer’s nightmarish scheme.

Episode 17 of Blindspot season 4 will air on Sky Witness at 10pm on Monday, 22nd April, 2019. Preview the episode with our gallery: