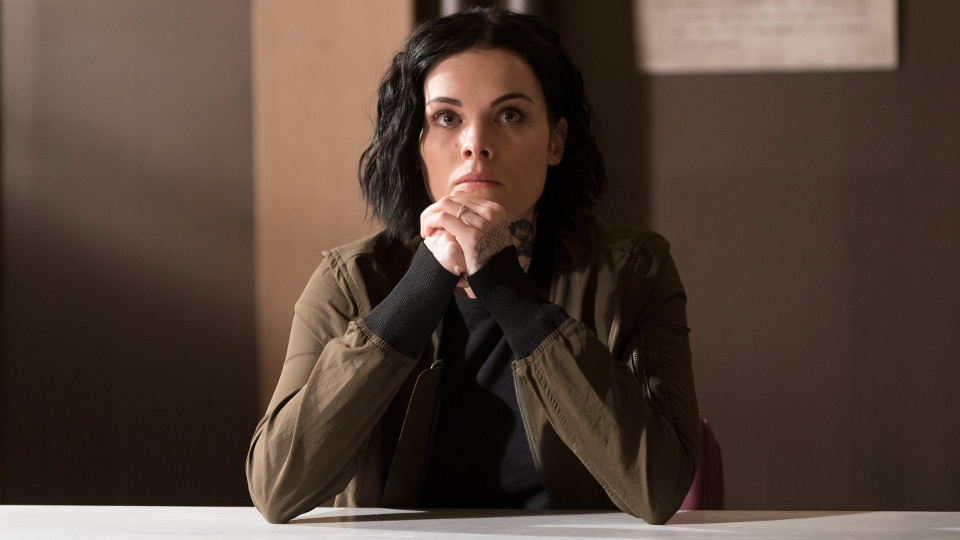 On the latest episode of Blindspot, Jane (Jaimie Alexander) sought help from a familiar enemy.

The episode began with a quick recap of recent events including the hacking attempt of Air Force One, the attack on Zapata (Audrey Esparza) and blackmailing Weitz (Aaron Abrams). It was revealed that Madeline had Dominic Masters (Chaske Spencer) pay Annabel (Natalie Jacobs) from the ‘remington fund’ which meant shooting her. Madeline also said that she had something special planned for Zapata.

Zapata and Reade (Rob Brown) paid a visit to Madeline’s office. Zapata was convinced that there would be something to find and she was right. Smashing open one of the floor tiles revealed a hidden safe. They managed to crack the safe but found it empty. Zapata looked out the window and spotted something in the adjacent building, she called for Reade to hit the floor as someone started shooting with a high caliber machine gun.

At the FBI, Rich (Ennis Esmer) and Patterson (Ashley Johnson) were looking to identify the mysterious man who accessed the Sandstorm hideout at the end of last episode. Rich managed to identify the man’s jacket but other than that they were at a blank.

Security footage from the lobby of the building across from Madeline’s let the team identify the shooter. Zapata identified the shooter as the top hitman for the cartel. The bodies started piling up of all those involved in HCI Global. The team decided it would be good to locate Boston (Josh Dean) for his own safety. Meanwhile, Madeline saw an opportunity to take out her enemies using the cartel as cover.

At home, Jane was struggling with the recent memories triggered by the Sandstorm hideout and the guilt of what she had done as Remi. Weller (Sullivan Stapleton) tried his best to help and support her. He suggested therapy but Jane struggled to find anyone who could understand her situation.

That gave Jane an idea that the one person who could help might be Dr. Robert Borden (Ukweli Roach). Jane set up a meet and asked for his help, saying he was her only option. Initially he refused but Jane insisted he listen and give her a chance. With no choice he listened and when she finished he pointed out that she always separates herself from Remi even though they are the same person. Jane wasn’t keen to hear it but the more Borden explained it the more she realised that she’s just a person who has changed. She apologised to Borden for what she had done to him in the past and then headed back to the FBI.

The team finally closed in on Madeline after focusing on her pilot J.B. Kelley (Mark Deklin). He agreed to give up details on how she was getting out of the country for $10 million. Reade tasked Rich and Boston with making it look like they’d paid him. Boston realised that J.B. was playing them to give Madeline time to escape. This led the to focus on air traffic that wasn’t grounded and cross referencing that pointed at a medevac chopper.

The team raced to the hospital where Madeline was awaiting the chopper. She was there with her security team led by Dominic. He was alerted when the FBI stormed the building and led his team to try and stop them. A gunfight ensued in the stairwells and Jane and Zapata fought their way through a hospital ward. Eventually Jane came up with an idea to activate an MRI scanner to take advantage of its powerful magnets. It worked and sucked the guns right out of the attackers hands.

Jane dived in for some hand-to-hand combat while Zapata headed to the roof. She arrived as the chopper was coming in to land but when it saw the commotion it left Madeline stranded. She tried to flee on foot but Zapata chased her down and arrested her. It looked like things were finally over until Dominic popped up and injected Jane with some kind of sedative. Presumably he’ll try to use her as leverage to get Madeline released.

Can’t wait for the next episode? Read our Blindspot 4×17 The Night of the Dying Breath preview.