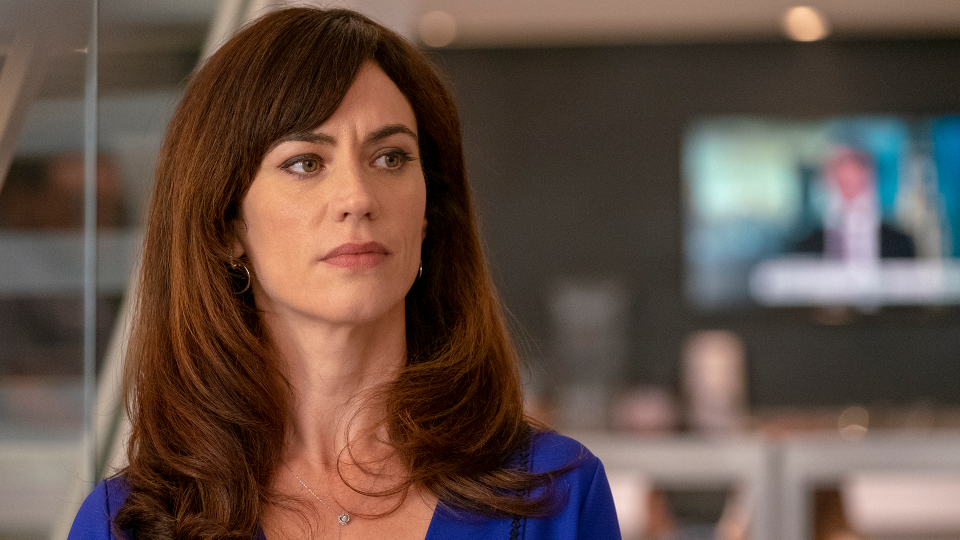 On the season four premiere of Billions, Axe (Damian Lewis) was hellbent on taking down Taylor Mason (Asia Kate Dillion), while Chuck (Paul Giamatti) got to work rebuilding his influence.

The season opened up with Wags (David Costabile) partying hard in a club. He was there trying to secure some kind of sovereign wealth fund deal with the Arab State of Qadir. Wags told a man named Farhad (Amir Arison) that they wouldn’t continue business if they were dealing with ex-Axe Capital employees, especially Taylor. Farhad made a phone call and said they should continue at the Embassy with the Sheikh. However, at the Embassy, Wags was drugged and thrown into a small room.

The episode then jumped back 27 hours. We joined Axe getting ready to go into the office, now flanked by a heavy security presence which I presume is down to the potential threat from Andolov (John Malkovich). Axe looked like a man on a mission as he continues his quest to take down Taylor. Bach (Glenn Fleshler) met him at the office to tell him that their new non-compete clauses were ready.

Meanwhile, Chuck now works as a power broker and met with a man named Larry Brogan (David Aaron Baker). He wanted Chuck to arrange for him to get a carry and conceal permit. Chuck told him that it’s an impossible request as only ex-cops and ex-FBI are allowed them in New York. Instead he offered him a park anywhere permit.

Back at Axe Capital, Bonnie (Sarah Stiles) and Rudy (Chris Carfizzi) were arguing. Axe broke it up and explained that they should now all be sharing tips and information. He then fired Rudy because he had been partying with ex-employee Mafee (Dan Soder) who defected to Taylor Mason Capital.

Bryan Connerty (Toby Leonard Moore) was sworn in at the new U.S. Attorney. It seems he’s now under the thumb of Jeffcoat (Clancy Brown) and he wants Connerty to review all of Chuck’s cases. The news was broken to Chuck by his father (Jeffrey DeMunn) and Ira (Ben Shenkman) who said that his name would be ruined. His father was upset that he didn’t manage to get Brogan the carry and conceal permit. He told him he needed to find a way to secure one and rebuild his influence.

Taylor and Mafee interviewed Mick Danzig (Nathan Darrow) to try and bring him on board. Taylor was concerned that he didn’t accept right away. They also wondered why they were struggling to find good candidates. Taylor was also going after the sovereign wealth fund and had to wear a dress and wig to court the Arabs. Wags spotted them and reported back to Axe and Wendy (Maggie Siff).

Chuck set about finding a way to get the carry and conceal permit. He went straight to the Commissioner (Michael Rispoli) and just asked for one but was refused. Next he met with Freddie Eisen (Andrew Polk) to get an introduction with Ambassador Suarez (Raul Torres). Chuck offered up the parking pass in return but he refused. Instead he hoped for tickets to see a particular choir and Chuck agreed.

He went to see a guy that he knew had tickets and said he needed him to give them up. He again offered the parking permit but it was refused. Instead he wanted a season’s worth of early access to a ski resort. Chuck had Wendy talk to Steven Birch (Jerry O’Connell) and he gave up his early access ski pass in exchange for a session with her.

Chuck went back to Eisen with the ski pass and he took him to meet a man named Nacho (Jorge Cordova) who could get him to the Ambassador. Nacho had a parking issue so Chuck gave him the parking permit. The final issue Chuck needed resolving was moving the site of a new school and he called Axe to make that happen. This helped the Ambassador and he gave chuck a blank birth certificate. He used that to help the Commissioner resolve an issue with a Little League pitcher being too old. In return he issued the carry and conceal permit.

Axe eventually realised that Wags was missing and began to panic when he couldn’t get hold of him. Axe went to the Embassy with Hall (Terry Kinney) and spoke to Farhad. He gave them the mobile belonging to Wags but said he wasn’t there. Axe wanted to search the building before meeting the Sheikh but they refused. Hall uncovered CCTV from surrounding building and said that Wags hadn’t left the building. Hall also found some leverage that Axe would be able to use.

Farhad called Axe to set a time to meet the Sheikh but when he arrived for the meeting he found Andolov waiting for him. He wasn’t happy because his money was now with Taylor and Axe was interfering with their business. He secured the release of Wags and told Axe to stop going after Taylor.

At the end of the episode, Axe and Wags brainstormed a way to hurt Taylor without affecting Andolov. Meanwhile, Chuck bonded with the Commissioner.

Can’t wait for the next episode? Check out our preview of Billions 4×02 Arousal Template.