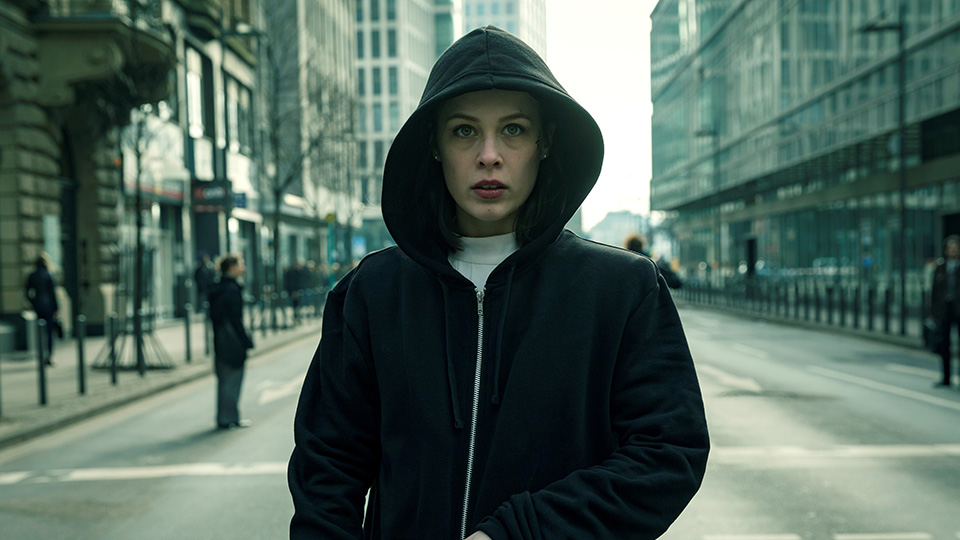 The 6-part series is created by Oliver Kienle and stars Paula Beer, Barry Atsma and Désirée Nosbusch. It is set in the world of finance and promises to deliver high-stakes!

When young banker Jana is unjustly fired from a prestigious bank in Luxembourg her dream role conveniently rolls into her lap… could it be too good to be true? This multi-award-winning release is set to get hearts racing and minds whirring as Jana’s explosive career plummets and peaks through the darker side of the financial world.

After being wrongly fired, young and ambitious Jana is quickly recruited by a top competing bank in Frankfurt, thanks to the unexpected help of Christelle Leblanc, her former boss. Leaving her family behind, she moves to Germany where her drive and ambition quickly pay off and she manages to impress her new team and most crucially her new boss, banking supremo Gabriel Fenger.

Despite this upwards trajectory and swift success, she soon realises that Leblanc has secretly been manipulating her, to her own advantage. Will Jana survive this merciless power play?

Bad Banks won 13 awards in Germany following its release in 2018. Eagle-eyed viewers will recognise Barry Atsma from his role as Maik Kneefel in the fourth series of Black Widow.

Walter Presents: Bad Banks launches on Channel 4 at 11pm on 4th April 2019. The full boxset will be available on All 4 immediately after.

In this article:Bad Banks, Walter Presents