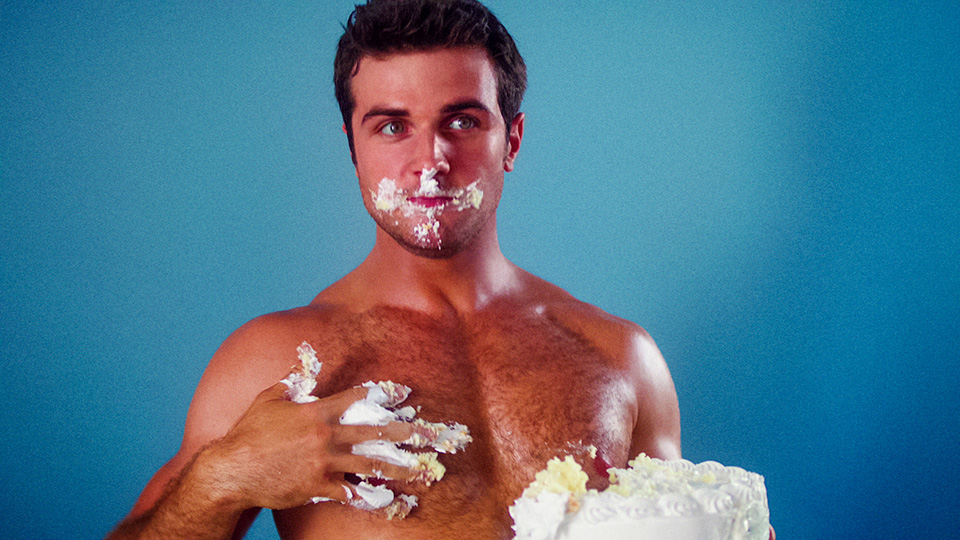 Not one but two of Now Apocalypse‘s main characters found themselves in uncomfortable situations on the latest episode, The Rules of Attraction.

If you don’t want any spoilers for Now Apocalypse, stop reading this article now.

Once at Otto’s, Ford was showered with compliments from Otto about his looks and physique. Otto really enthused about Ford’s body but Ford didn’t really realise he was being hit on and happily rubbed sun lotion into Otto’s back when asked. The subject of Ford’s script never really came up and despite his best efforts to say no, Ford ended up doing some risqué modelling for Otto involving his swimming trunks and various food items.

Severine was busy with work and she was called to the scene of a gruesome incident that looked like a mutilated cow. She received a call from Mustafa (Alain Washnevsky), her ex, and decided to meet him. While she was with Mustafa, Severine called Ford and told him she was with her ex and they’d had sex. Ford pretended he wasn’t bothered by the information but when he hung up the phone, he cried on Uly’s shoulder.

Meanwhile Carly (Kelli Berglund) continued to attend her acting class and took up Frank’s (Mary Lynn Rajskub) offer of preparing for her audition at her house later that evening. Before she went to Frank’s, Carly was blindsided by her room-mate Amber (Grace Victoria Cox) who made an impulsive decision to move out leaving Carly with the responsibility of paying the rent.

That evening Carly went to Frank’s and the two talked about Carly’s desire to be an actor. Frank suggested they warm up by climbing into the hot tub and she gave Carly a swimsuit to wear. Unlike Ford and his situation, Carly realised what was going on pretty quickly. When she turned down Frank’s advances, Carly was on the receiving end of a torrent of abuse before swiftly making her exit.

After waking up from an intense dream where he was having sex with Gabriel and being told that they had to save the world together, Uly received a text from an unknown number. It was Gabriel asking him to meet him, even though it was 3.30am. Uly thought about it and composed a few angry texts, which he didn’t send, but eventually agreed to meet him.