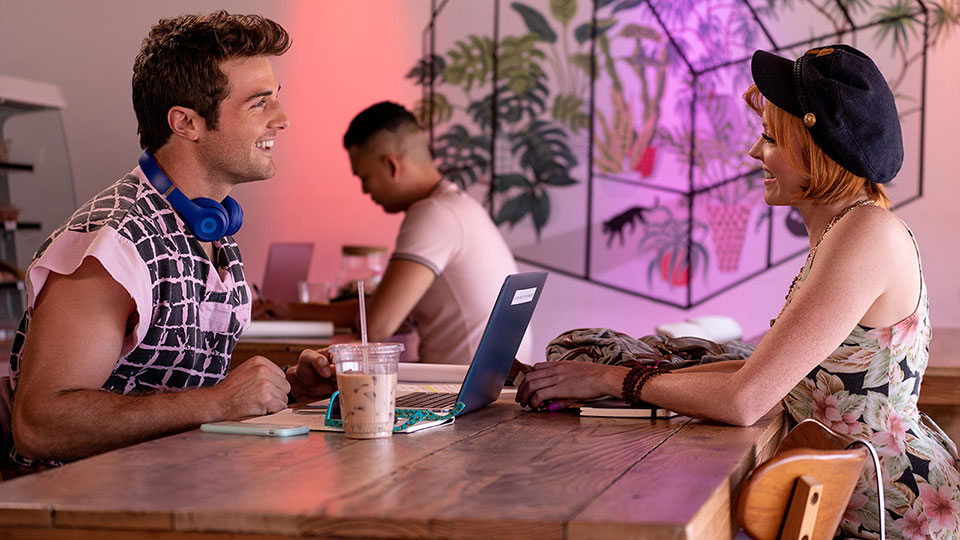 Trying to bury his head in the sand, Ford went to coffee shop to work on his writing and there he met a woman called Cleopatra (Nicole LaLiberte), who recognised him from his underwear adverts. The two chatted and bonded but when Cleopatra gave Ford her number, he pointed out that he had a girlfriend causing Cleopatra to make her excuses and leave.

Pondering her impending move, Severine was interrupted by a call from Lars and Klars (Evan and Taylor Hart) who asked if they could come to her apartment to discuss some new information. Once there the twins told Severine about 200 elk that had been found in a 30-mile radius that they suspected had been attacked by the alien-like creature that keeps popping up everywhere.

Carly was also distracted this week with thoughts of Leif (RJ Mitte) and was surprised when she bumped into him in the park. The two went for frozen yoghurt and when Leif asked if Carly was still with her boyfriend, the two butted heads over the definition of cheating.

Things stayed platonic and Leif dropped Carly off home but told her that if she did become single, to look him up. Once she stepped inside her front door, Carly fired up her laptop to make some more money as a cam girl and was approached by a new client wanting to indulge in adult baby play.

As Carly readied herself and turned on her web cam, she was shocked to see Jethro (Desmond Chiam) on the other end of the camera, who was even more shocked to find out Carly’s big secret.

Uly (Avan Jogia) continued to live in his bubble with Isaac (Jacob Artist). After finding out that Isaac was going to speak to homeless people claiming to have been sexually abused by aliens, Uly told Isaac about his hallucinations blaming his weed smoking for causing them.

They agreed to get together for dinner later but that turned into another round of passionate sex. As they ate Chinese food and wondered if they were spending too much time together, thanks to their concerned friends, Isaac presented Uly with a key to his apartment.