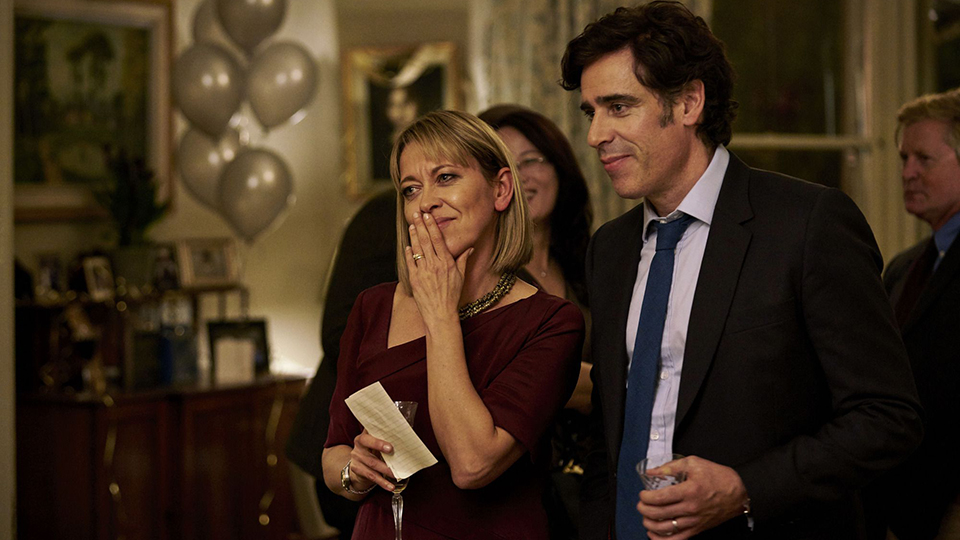 The Split will return for a second series it has been announced.

Donna Air (Hotel Babylon) and Ben Bailey Smith (Cleaning Up, Doctor Who) have been announced to join the cast for the new series.

If you want to avoid spoilers for the first series, we suggest you stop reading now.

Set in the fast-paced, messy world of London’s high-end divorce circuit, The Split is an authentic, multi-layered, witty examination of modern marriage and the legacy of divorce. Exploring the often complex realities that bind families together, and tear them apart, the series follows the three Defoe sisters, Hannah (Nicola Walker), Nina (Annabel Scholey) and Rose (Fiona Button) and their formidable mother Ruth (Deborah Findlay).

At the end of the first series Hannah’s formerly rock-solid marriage was beginning to crack following the devastating revelation of Nathan’s (Stephen Mangan) affair. For the rest of the family, and Hannah, joy had turned to tragedy as estranged father Oscar (Anthony Head) passed away the night of Rose and James’ (Rudi Dharmalingam) wedding. Struggling with the grief of losing her father for the second time in her life and with Christie (Barry Atsma) having made his feelings for her clear, Hannah was torn between her past and the promise of a different future.

Now the Defoes are back, at newly merged law firm Noble Hale Defoe, and as former rivals now find themselves on the same side of the table, Hannah’s latest case is set to put NHD firmly on the map.

Locked into an aggressive NDA by her controlling husband Richie Hansen (Ben Bailey Smith) when she was young and naive, Fi Hansen (Donna Air), one half of the UK’s most powerful celebrity couples, now wants out of her marriage. Hiring Hannah to help prepare to leave her dangerously coercive and manipulative partner, their divorce is set to be all the things the press love: public and messy. As the curtain is pulled back from the glossy veneer of their meticulously constructed public image, the pain that lies behind Brand Hansen is slowly revealed and Hannah must invest more than just her billable hours in helping Fi reclaim her life.

Meanwhile, Rose and James return from their honeymoon with ambitions to start their own family and Nina teeters on the edge, as the consequences of her erratic behaviour finally catch up with her. With the merger now complete, Ruth forced out from her role as head of the family firm, must search for a new purpose in life. And, as Hannah fights one of the most public cases of her professional career, the fight to save her own marriage is a deep, intensely, private battle.

Conducting a passionate affair with Christie, Hannah feels trapped; struggling to forgive Nathan, whilst ridden with guilt about her own infidelity. Will she take a course which could result in the end of her marriage, or can she in fact have it all?

Abi Morgan, says “Sitting on set on the first day of filming I am always reminded what a joy and privilege it is to do what we do – tell stories. Returning for the second series of The Split, the world of high end law and the stories of love, marriage and divorce in the metropolis ricochet through the lives of Hannah and her sisters. Relationships are challenged, friendships are tested and the lines between work and home blue. It’s great to be back.”

The Split series two is now in production.

Advertisement. Scroll to continue reading.
In this article:The Split