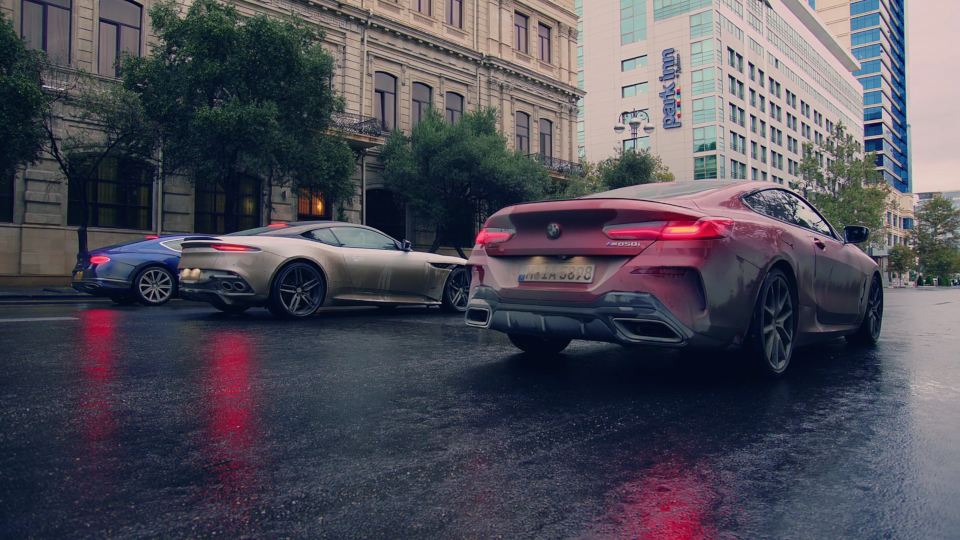 In this episode, the boys are on an epic road trip from the Black Sea in Georgia to the Caspian Sea in Azerbaijan. They are driving the Aston Martin DBS, the Bentley Continental GT and the BMW M850i to see which is the best grand tourer.

They start in Georgia which looks stunning and Jeremy makes a point of calling it a hidden gem. They take a trip to the childhood home of Stalin before heading off to a race track. At the track, they are challenged to drink 3 pints of water and then waiting 20 mins before doing another lap to see if it improves their lap times.

James makes a claim that their very expensive, very fast cars are in fact no quicker than any other car in the real world. To prove his point they have Abbey driving an ancient Renault 9 in a race against their cars. Abbey has a two-minute head start and absolutely trounces the boys. Whilst still in Georgia James also enjoys a wine bath. They also come across a local whose land has been cut in half by a supposed Russian border.

Once in Azerbaijan, the main focus is on a drag race in the city itself. They actually manage to get one of the main city streets shut down for their race which is truly impressive. I won’t spoil who wins but you will definitely be surprised when you watch the race. Also in Azerbaijan, Jeremy has a bath in crude oil.

Overall this was one of the better episodes of this season. Gone were the overly scripted set pieces and the trio were at their best. I found it genuinely interesting to hear about the countries they were driving through.