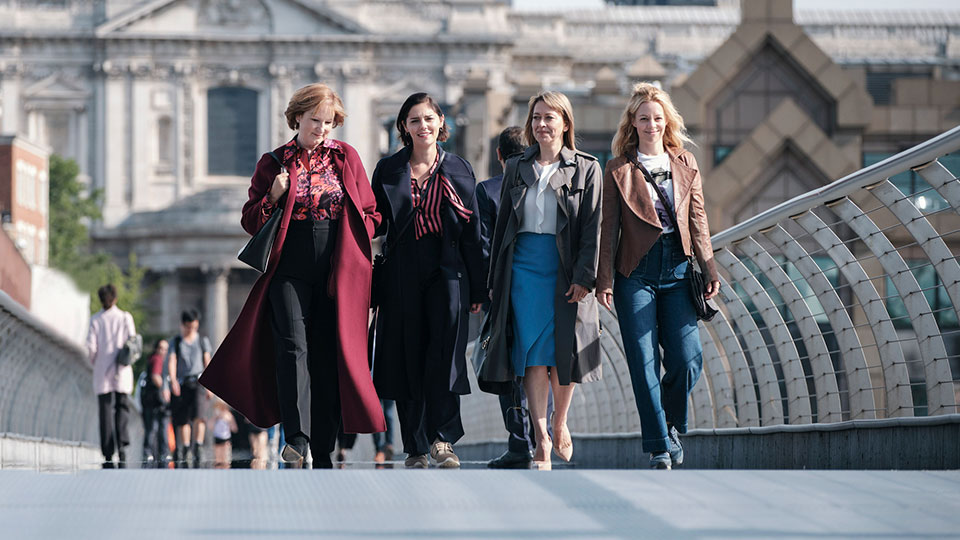 Hannah (Nicola Walker) tried to make amends and rebuild her marriage on tonight’s episode of The Split.

Following her affair with Christie (Barry Atsma) becoming public knowledge, Hannah tried to sort out her marriage to Nathan (Stephen Mangan) in episode 5.

A tape of Fi’s (Donna Air) drunken night with Carrie (Siobhan Cullen) and Richie (Ben Bailey Smith) was leaked online which blew the Hansen up. As Hannah consoled her, she realised that Fi and Christie were harbouring another secret.

Elsewhere Richie deployed a manipulative tactic that threatened Hannah’s family life, and Ruth (Deborah Findlay) took Hannah, Christie and Nathan back to their old law school to assist the students.

Hannah and Nathan’s marriage is in turmoil in the wake of her heartbreaking confession about the night before their wedding.

As Nathan leaves and takes some time out to think, Hannah tries to throw herself into work. With Christie and Fi’s actions potentially compromising her case, Hannah sets out on a mission to turn the vicious media storm circling around Fi on its head and tell the truth about who Richie Hansen really is.

Meanwhile, Nina (Annabel Scholey) has a surprise visitor, Rose (Fiona Button) starts a new job, and Zander (Chukwudi Iwuji) and Tyler (Damien Molony) must decide whether to go ahead with their stag night.

The Split continues at 9pm Tuesday on BBC One. Preview it with our gallery below: