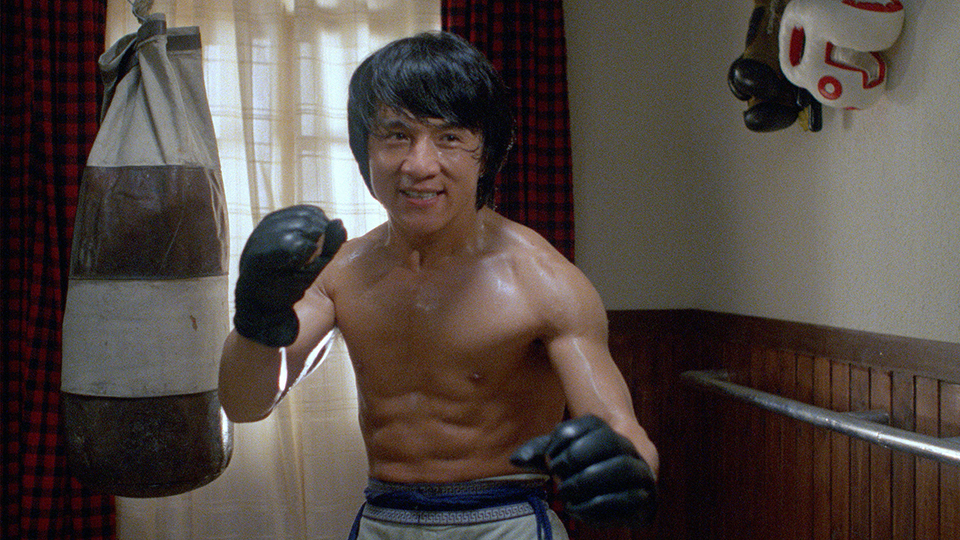 Eureka Entertainment to release Wheels on Meals, a spectacular, non-stop action comedy starring Jackie Chan, Sammo Hung and Yuen Biao, presented from a brand new 2K restoration for the first time ever on Blu-ray in the UK as part of the Eureka Classics range on 18th March 2019. Available with a Limited Edition slipcase and booklet (4000 copies only).

Fast food chefs Thomas (Chan) and David (Biao) find themselves cooking up trouble when detective Moby (Hung) involves them in the case of a missing heiress. The three friends need all of their daring and physical dexterity when they find themselves facing a triple helping of danger.

Also starring Lola Forner (Armour of God) and Benny “The Jet” Urquidez (Dragons Forever), who faces off against Chan in an incredible fight sequence that is legendary amongst martial-arts film fans, Wheels on Meals has to be seen to be believed. Eureka Classics is extremely proud to present this iconic piece of action cinema on Blu-ray for the first time ever in the UK!

Wheels on Meals, an action-comedy tour de force starring three of Hong Kong’s biggest martial arts stars, is released on 18th March 2019 on Blu-ray and can be purchased at https://amzn.to/2SRxbWY.