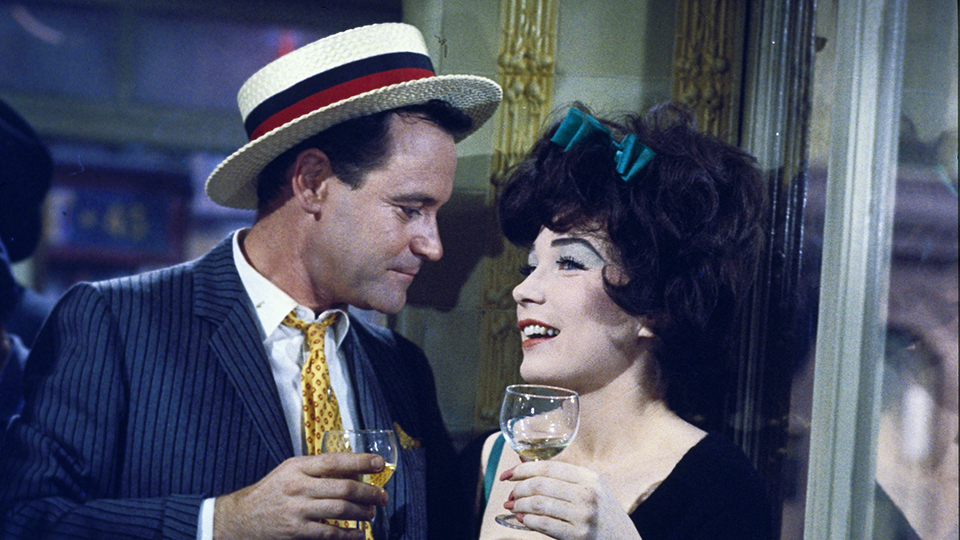 Eureka Entertainment to release Billy Wilder’s Irma La Douce, a crowd-pleasing romantic comedy starring Jack Lemmon and Shirley MacLaine, presented from a brand new 4K restoration on Blu-ray for the first time in the UK as a part of The Masters of Cinemas Series from 18th March 2019.

One of director Billy Wilder’s biggest box office hits following his landmark comedies Some Like It Hot and The Apartment, the spectacular Irma La Douce — adapted from the 1956 musical for the French theatre — reunites Wilder with his Apartment stars Jack Lemmon and Shirley MacLaine, providing the latter with one of her most fondly remembered (and Oscar®-nominated) early roles.

MacLaine is Irma, a popular Parisian prostitute whose new pimp is an unlikely procurer: Nestor (Lemmon) is a former honest cop who was just fired and framed by his boss after Nestor inadvertently had him arrested in a raid. However, Nestor’s love for Irma is making his newfound vocation impossible, so he poses as a phoney British lord who insists on being Irma’s one and only “client.” But when “Lord X” appears to have become the victim of foul play…further comedic complications ensue!

Irma La Douce offers many of the same sardonic observations on human nature as Wilder’s earlier comedies – in addition to the same riotous humour and touching romance – but on an even broader, more colourful canvas. Collaborating again with his regular screenwriter I.A.L. Diamond, Wilder delivers one of his most purely entertaining crowd-pleasers of the 1960s.

To celebrate the release we have 3 copies of Irma La Douce to give away on Blu-ray. Enter below for a chance to win…