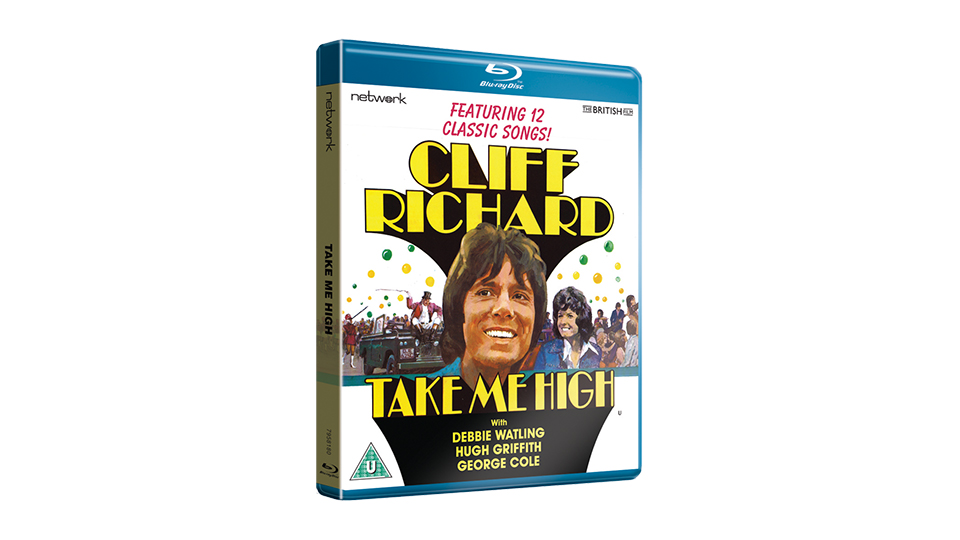 Take Me High, released on 18th March 2019, stars Sir Cliff Richard in his last starring film role as Tim Matthews, an ambitious young financier who gets the shock of his life when he’s assigned a new posting in Birmingham – a far cry from the New York job he was promised! Making the most of things he lives on the canal in a converted barge, but he manages to put his foot right in it when he meets the pretty Sarah and refuses her a loan!

Unavailable on home video for many years it is featured here as a new High-Definition transfer from original film elements in its original theatrical ratio.

Take Me High continues Network Distributing’s roll out for The British Film: Phase II label – To see a list of upcoming titles and those already available please visit – www.thebritishfilm.co.uk.

To celebrate the release we’ve got 2 copies on Blu-ray to give away. Enter below for a chance to win…