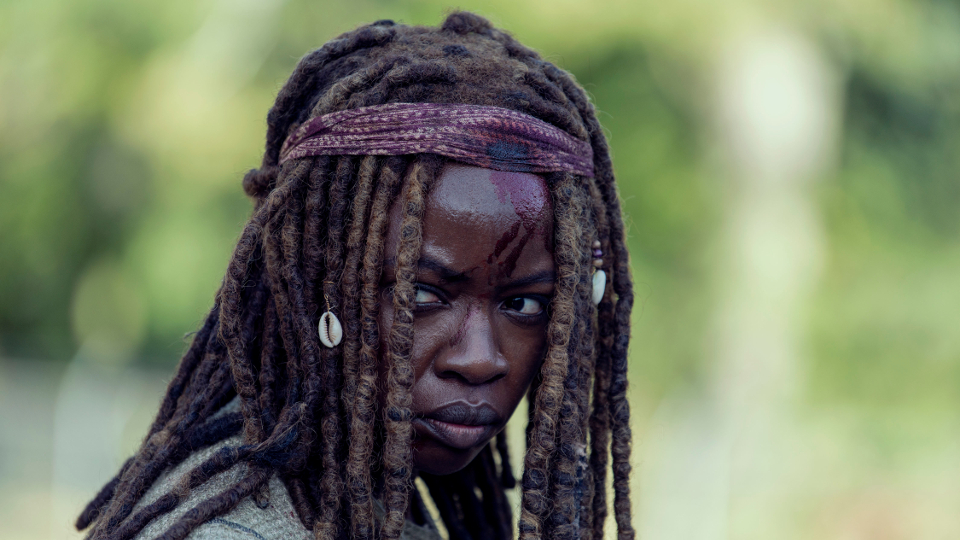 The thirteenth episode of The Walking Dead season 9 saw Beta (Ryan Hurst) leading a group of Whisperers to try and get Lydia (Cassady McClincy) back.

Daryl (Norman Reedus), Henry (Matt Lintz), Connie (Lauren Ridloff), Lydia and Dog ran to get away. Connie took them to an abandoned building that her group had used previously. It contained a stash of supplies and would act as a chokepoint.

Beta and the Whisperers turned up and a fight between both groups broke out. They made quick work of most of the Whisperers but Beta turned out to be a worth foe for Daryl. The pair fought and Daryl had to rely on his speed to stay ahead of the brute strength of Beta. The fight ended with Daryl knocking Beta down a lift shaft but he survived.

Elsewhere in the episode, preparations for the Kingdom’s fair were underway. Jerry (Cooper Andrews) and a group were attacked by a new group called the Highwaymen. Ezekiel (Khary Payton) wanted to fight but Carol (Melissa McBride) convinced him to try talking. The result was that the Highwaymen would work to keep the roads safe around the Kingdom. They later rescued Tara’s (Alanna Masterson) group from Hilltop.

Watch the promo trailer for The Walking Dead 9×14 below:

The next episode is Scars. An outsider’s arrival forces Alexandria to rehash devastating old wounds; eye-opening secrets from the past are revealed.

It looks from the promo trailer that Daryl’s group makes it to Alexandria. We’re also in for a scene between Daryl and Judith (Cailey Fleming). The episode looks to have some flashback scenes and the title makes me wonder if we’ll get to know more about the mysterious X scars that both Daryl and Michonne (Danai Gurira) have.

Tune in to AMC on Sunday at 9/8c in the US and FOX on Monday at 9pm in the UK to see the episode. Preview the episode with our gallery: