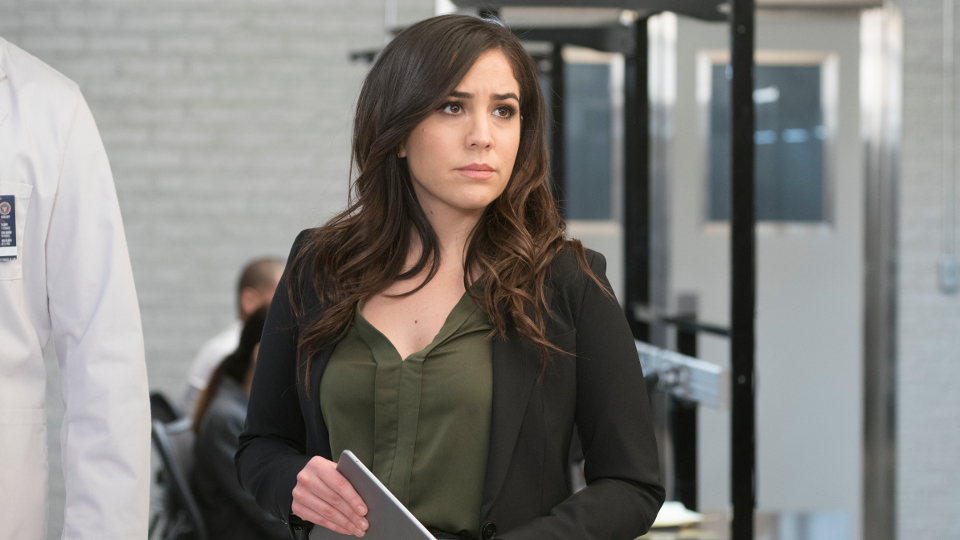 On the latest episode of Blindspot, Madeline (Mary Elizabeth Mastrantonio) tried to bring down Air Force One.

Madeline gave Zapata (Audrey Esparza) and Boston (Josh Dean) just 3 hours to bring down Air Force One which was mid-flight. They started the hack but didn’t want to go through with it. When the real Del Toro arrived, Madeline set him to do the same thing and blocked Boston.

The team tried to help from the office and brought in the head of security from Bradley Dynamics. They eventually saved the plane with a combined effort from Boston, Zapata, Rich (Ennis Esmer) and Weitz (Aaron Abrams). Boston had his house arrest dropped.

At the end of the episode, Jane (Jaimie Alexander) was sent a new puzzle while Zapata (Audrey Esparza) was attacked in Zurich during recovery of files belonging to Madeline.

The promo for the next episode reveals that the team could have a traitor amongst them. They are seen meeting and reviewing some doctored video footage. Also of note is that Zapata seems to be alive and well and back at the FBI.

Watch the Blindspot 4×14 promo trailer below:

Here’s the official synopsis of Blindspot 4×14 The Big Blast from the Past Episode:

An active bomber forces the team to delve into a case from their past.