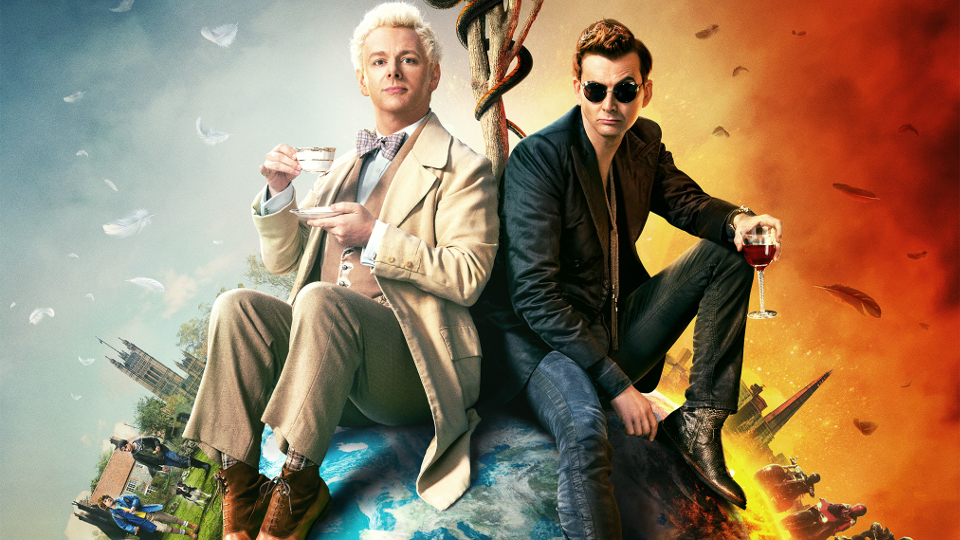 It was announced last month that Good Omens would launch on Amazon Prime Video in May. We also got a look at the title sequence as well as a first-look image and key art for the series.

Now Amazon have released the first official trailer giving us our first proper taste of what to expect.

Based on the best-selling novel by Terry Pratchett and Neil Gaiman, Good Omens follows an unlikely duo and their quest to save the world. With Armageddon just days away, the armies of Heaven and Hell are amassing and The Four Horsemen are ready to ride. Angel Aziraphale (Michael Sheen) and demon Crowley (David Tennant) agree to join forces to find the missing Anti-Christ and to stop the war that will end everything.

View some Good Omens images in our gallery:

Good Omens launches on Amazon Prime Video around the world on Friday 31st May 2019.