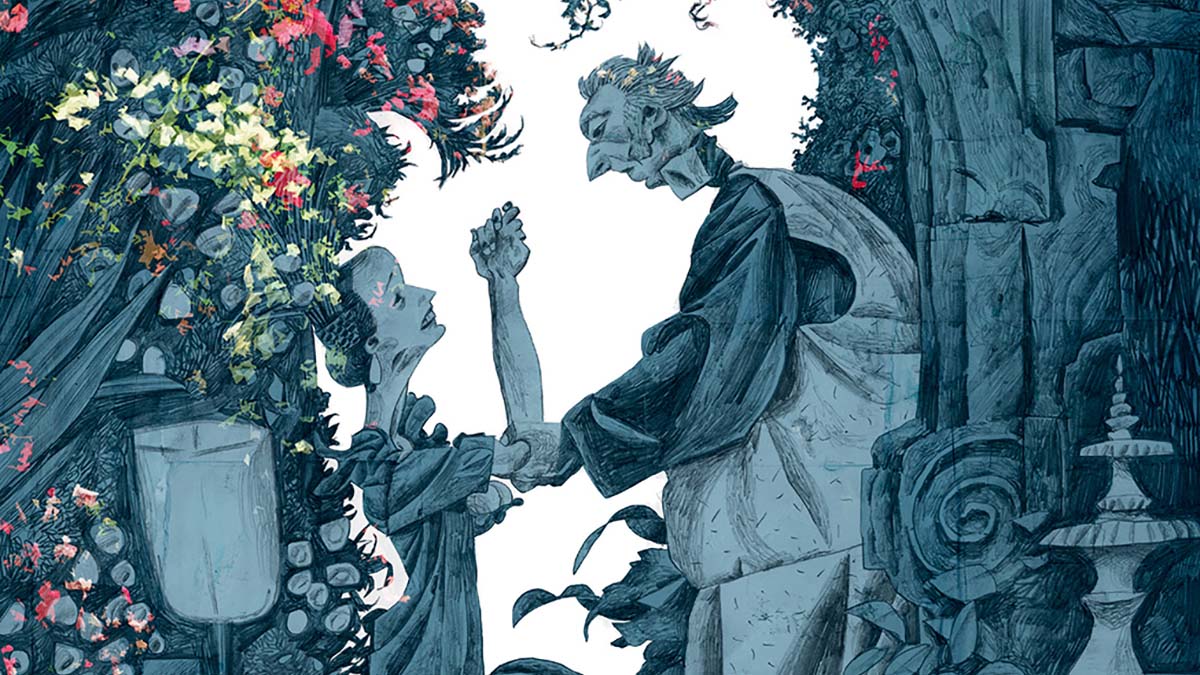 The Folio Society’s new limited edition, The Gormenghast Trilogy, is a startlingly original take on a cornerstone of speculative fiction. This very special edition of Mervyn Peake’s masterpiece is introduced by the master of modern fantasy, Neil Gaiman (‘American Gods’). It is illustrated by the extraordinary artist Dave McKean, whose works have brought some of Neil Gaiman’s graphic novels and titles to life. Limited to 750 hand-numbered sets, each collection has been signed by both McKean and Gaiman making it a true collector’s edition.

In his introduction for this Folio Society limited edition, Neil Gaiman writes: “Every glorious sentence, every obscure word pulled from obscurity and out into the light, every fragment of poem is waiting here for you. Revel in it.”

Encased within a majestic presentation box, this spellbinding three-volume set is as much a feat of imaginative design as the novels themselves. Award-winning illustrator Dave McKean has created 142 spectacular illustrations, as well as startling cover designs for each book and an exclusive art print of iconic villain Steerpike. Eschewing the traditionally gloomy and gothic, his concept has been inspired by The Gormenghast Trilogy’s often overlooked sense of passion and colour.

Dave McKean has also created the hypnotic maze design that envelops the hinged collection case, bound in stone-grey cloth and blocked in crimson metallic foil with the title screenprinted in black ink. Opening the case releases a burst of corvids silhouetted against the sky in silver ink.

A grand and gothic dream come true, this lavish limited edition of The Gormenghast Trilogy offers a modern testament to Peake’s timeless creative genius. Regarded as one of Britain’s greatest literary fabulists, Mervyn Peake (1911-1968) continues to influence generations of authors and filmmakers including Michael Moorcock and Terry Gilliam.

Mandy Kirkby, The Folio Society’s Project Editor says: “I don’t think you could ask for a more brilliant and inspired visual interpretation, or a more exciting example of the art of book-making. A really wonderful edition.”