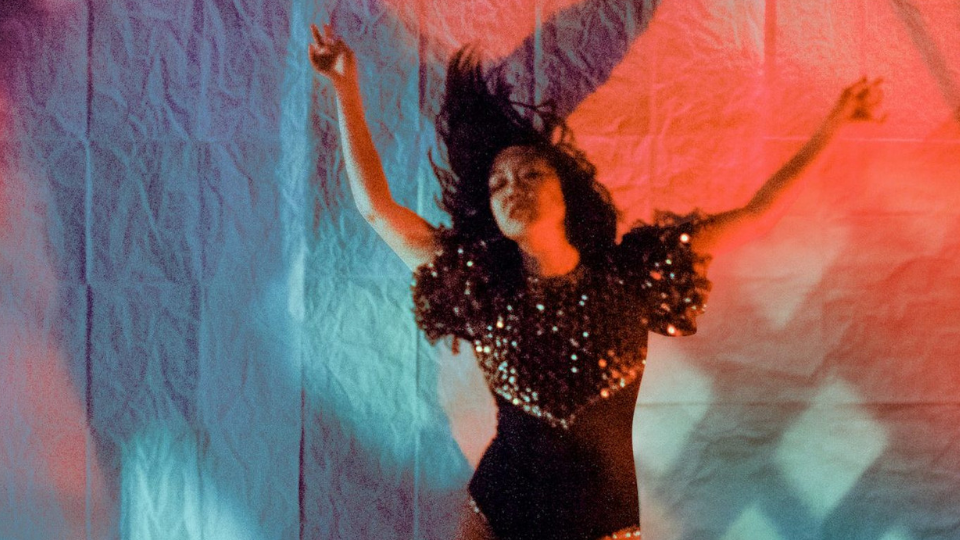 The Paper Man is Improbable’s bold attempt to take an audience on a journey to tackle how stories are told, narratives are challenged and identities are defended. It’s a play of two halves – football and feminism.

It’s a chaotic and energetic show presented by a 5-aside team of performers keen to hit the back of the net with some tactical attempts to rebel and stand up to fascism.

The lack of form works in its favour as each performer commits to a thread of self-awareness that runs through the piece. This allows funny and warm moments to break through as each performer has a unique authenticity as they perform set-pieces that pitch them apart from each other.

The pace of the performance is relentless set against intermissions by co-artistic director of Improbable and performer Lee Simpson, a middle-aged white British man and a self-confessed football addict. He’s determined to relay a narrative about a ‘heroic dead white man’ Austrian footballer who led his team to victory in stark defiance of the Nazis in the 1930s.

However, like a struggling substitute left on the sidelines, Simpson’s story telling goals  are no match for the four fierce women. They successfully overwhelm his narrative in their quest for finding the truth in their individual responses. The Paper Man’s tale stands as two dimensional against the vibrancy of explorations on stage by Vera Chok, Jess Mabel Jones and Keziah Joseph, who have a great rapport that we’re told started by dancing together in the rehearsal rooms.

The women begin to question and evolve their own relationship with football, from being kept out of the beautiful game to hanging around sweaty smelly football changing rooms for boys as teenagers or having self expression stifled and feeling invisible.

There’s stark depictions of the work-in-progress development feel of the piece, including conversations between Jess, Vera and Kezia on how they tell the story of women in football. It highlights the conflict faced in telling new and unheard stories and the need for unity and solidarity in helping them to emerge inclusively.

As the beautiful game of this performance gets more complex, the show is not without its awkward moments, brought about by the free-flowing unpredictability of this devised piece.

In what starts out as a fairly innocent click-bait internet quiz, where the audience are invited to choose which female performer answers, only three out of for women were questioned. This led to one audience member asking ‘what about Kez? Doesn’t she get a question?’ The reply from the stage came ‘the audience made their pick’.

This leaves more unanswered questions around how far women must go to either tell their stories and what is done with any space received that is given up for those stories to inhabit. It also asks whether there is an expectation of upholding a higher sense of responsibility for that space compared to a dead white man Austrian footballer. It did also feel like we lost the sense of team in achieving the final ‘goal’ towards the end, in terms of what the audience should get behind. It is however full of fresh ideas and each actor propels the show to its concluding 90th minute dancing climax, heightened by Adrienne Quartly’s sound design.

The Paper Man is at the Soho Theatre until Saturday 9th March. Performances are at 3pm or 7:15pm. Tickets are from £11. For ticket information visit https://sohotheatre.com/shows/the-paper-man/

In this article:Improbable, Soho Theatre