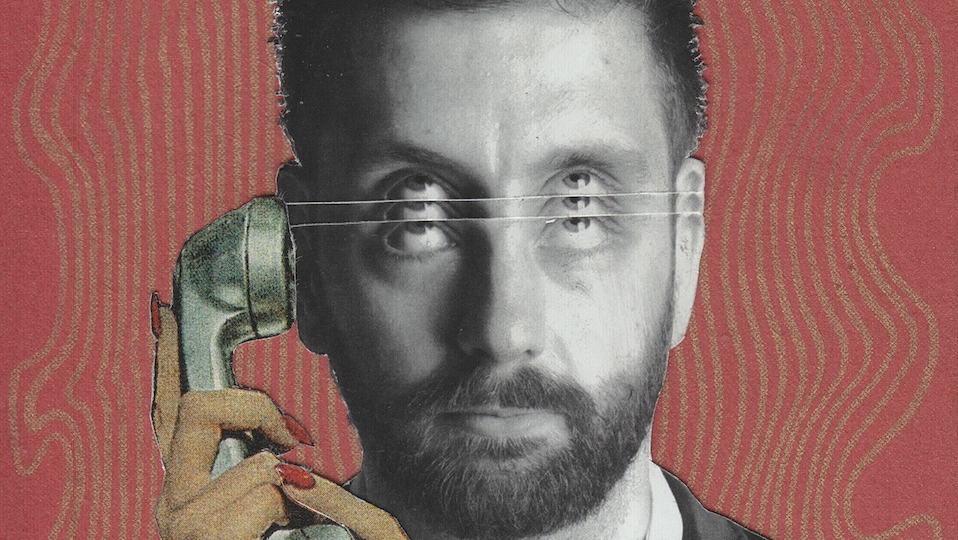 Wearing a velvet dinner jacket, Pierre Novellie cuts a striking figure as he saunters on stage to tower above the crowd in Soho Theatre’s Downstairs Cabaret Bar. One might instantly make certain assumptions about his class background. In a diluted South African accent Novellie explains that he doesn’t fit inside any particular box. He’s a guy ticking the indefinably mysterious ‘White – Other’ option when filling in application forms. Born in South Africa, he’s a mix of English, Dutch, French and Italian descent. For further classification, he also happens to be a Manxman having been raised on the Isle of Man. ‘The Empire’ is the answer to any questions about his heritage, he explains, and so the first big belly laugh erupts from the crowd with many more to follow.

Mock The Week writer and stand up comedian Pierre Novellie supplies a slick hour of sharp satire in See Novellie, Hear Novellie, Speak Novellie. Guiding us through his own status as go-between within his own family, often expected to explain UK culture to South African relatives and vice versa. It happily gives him a somewhat balanced perspective rather than possessing blind patriotism for either side. Discussing which ‘team’ he is or isn’t in, and which categories he straddles, Novellie has a huge amount of fun playing with politics past and present. His analysis of the annual Queen’s Christmas Message from an outsider’s perspective, combined with the absurdity that colonials celebrate Christmas with snowy postcard scenes and stodgy food in scorchingly hot weather conditions, is a particular highlight.

Novellie’s likeable delivery style helps ensure intelligent and inventive arguments are easily digestible. There may be moments in which you won’t necessarily understand every reference but, laced with explanations and amusing comparisons, Novellie’s material is accessible. If all else fails, Novellie finds Scooby-Doo to be a great leveller. No matter which ‘team’ you’re in or box you tick, an hour in Novellie’s company will leave you contemplating the world from a different perspective and, given the current political climate, it can only be a good thing to enable us to see the funny side.