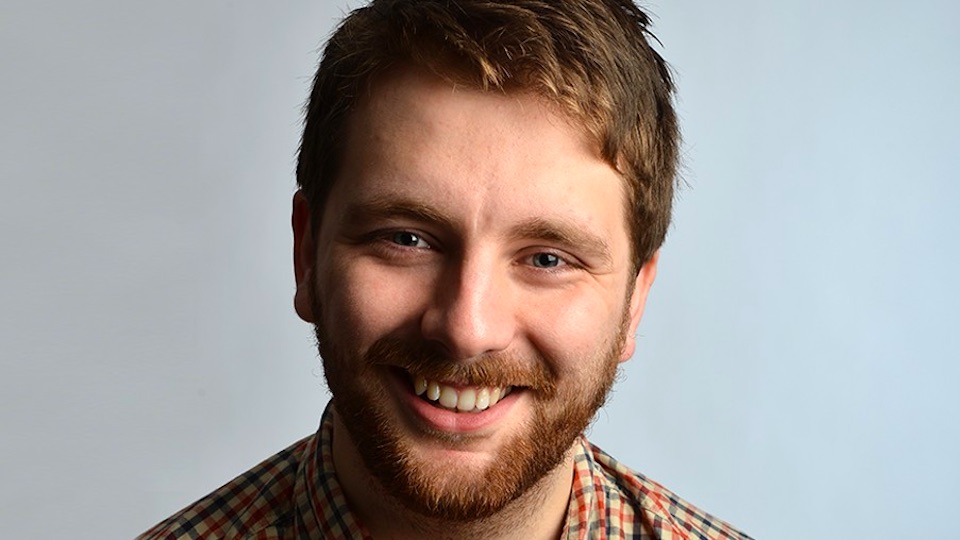 From Novellie’s South African perspective he reveals the madness of the monarch’s Christmas Address, deconstructs chickens to explain how veganism will never take off, and talks about politics without taking sides.

On TV and radio, Pierre has written and appeared on BBC Two’s The Mash Report. He has supported Dave Gorman, Hal Cruttenden and Gary Delaney on tour, as well as performing four previous sell out runs at the Edinburgh Fringe. Recently he kindly took time out from keenly following UK politics as if it were a football match to talk to Entertainment Focus…

How are you feeling about your upcoming Soho Theatre run?

It’s always a lot of fun once you once you get into it. There’s always trepidation up until the millisecond you get into it and then it’s just a fun week. I’ve been prepping, listening to old recordings because the difficulty is that this is traditionally when you’re gearing up to do your new show at the Edinburgh Fringe whereas this is the old one.

So this going to be the last time that you do 2018’s show See Novellie, Hear Novellie, Speak Novellie before putting it to bed?

Yes it is, this is beddy-byes and on to the new one. It is directly or indirectly addressing the fact that obviously these days and positively or negatively what’s what’s very important is learning to identify yourself and others and where they fit in society. What group are you in. That can be sort of politically or ethnically or religiously, it’s very important to make sure that we’ve got everything nice and categorized. There’s a sort of butterfly collector aspect to it. I’m presenting a series of opinions and points of view because I have a unique outlook, I think. Being as I am white South African, for example. So within that identity, I am an African immigrant to this country but I’m nevertheless white and sound broadly like the people who are from here.

So do you find people wanting to put you in a certain box, and then they can’t quite do that?

Yes. And they get very angry when you don’t quite fit because you’re screwing up their taxonomy.

I imagine there’s quite a few political points in your show, then. My goodness you may have had to do some rewrites on any Brexit material!

Yes! Politics is my football. I’ve been completely unproductive in recent days throughout all the votes. I must stress that the show is almost never overtly political in the kind of Mash Report sense, it’s a lot more societal or using examples. Because I find that if you do the kind of Bremner, Bird and Fortune or Matt Ford high detail approach it requires a higher knowledge base. It’s extremely valuable, but people aren’t literate in that stuff.

Yeah. People don’t know the name of that Shadow Minister. They don’t know why that particular motion cannot be filed on this particular St. Crispin’s day and why traditionally the Queen has come in to eat a blue hat or whatever the hell it is. People don’t know about that stuff so talking to them about it means they’re just going to switch off. I mean, to be honest, even though it’s the thing I’m very interested in I don’t really know about it. I’ve never worked in that world I just read Private Eye.

OK so it’s satire that’s accessible. Are you looking forward to doing the show for the last time and then be on to the next challenge?

It’s going to be a relief to focus on the new show but at the same time it’s always a shame that you work so hard on Edinburgh shows and you get good reviews and you get to transfer to London in a good venue. And then it’s not particularly preserved anywhere.

It must be hard to say goodbye to as you say a very polished set and then start again from scratch.

You just end up with an attic full of statues.

You’re able to work the ideas into things you’ll do in the future I suppose?

It’s good to challenge yourself to write new material otherwise you might get bored of the old?

That’s definitely true. And also it does give you quite a nice timeline of changes and hopefully increases in your own ability.

I presume your year is spent gearing up to each Edinburgh.

Yeah you sort of show up and the comedy industry asks ‘Well, what have you been doing? You’ve had all this time.’

Yeah, I can imagine it’s quite a bit of pressure but fun though because you’re all together with your fellow comedians.

Yeah, it is nice to go live in clown town for a month.

You mentioned that you feel like politics is your football so is it something that you can’t help yourself from looking at every day because there might be a new joke to glean from it?

It’s not even my football for jokes I’m just obsessed with it. I very rarely address specific political figures even by name in my sets. But I consume news at a level of detail that would suggest that I have an internship with The Economist, it’s ridiculous.

You can see Pierre live at Soho Theatre this week (2nd-6th April). Tickets are available here.