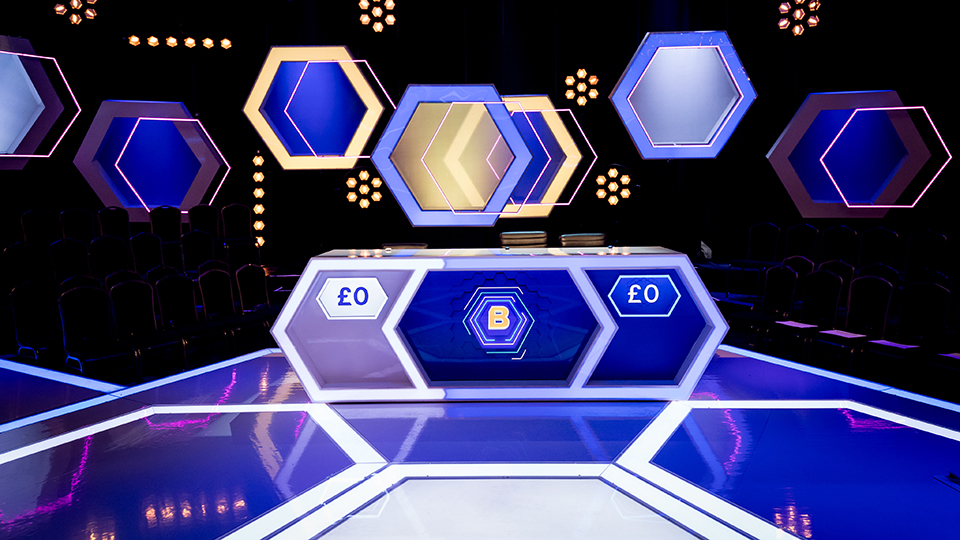 Iconic gameshow Blockbusters will be revived on Comedy Central UK next month and the first images of the new set have been released.

Hosted by comedian Dara O’Briain, Blockbusters has been modernised and the new set pays tribute to the hexagons that are a vital part of the game. You know just by looking the set that it’s Blockbusters so we’re intrigued to see how the show looks and feels when it airs.

The series pits a team of two students against a singular player, as they answer general knowledge questions in the hope to win the board along with some cash. The lucky winner will then have the chance to take on the Gold Run to bag themselves a fantastic experiential prize.

Blockbusters originally ran in the UK from 1983 to 1993 with Bob Holness hosting on ITV. Since then it’s been revived on Sky One, BBC Two, and most recently on Challenge in 2012 with Simon Mayo hosting.

Blockbusters will launch on 21st March at 8pm on Comedy Central UK.

In this article:Blockbusters, Comedy Central