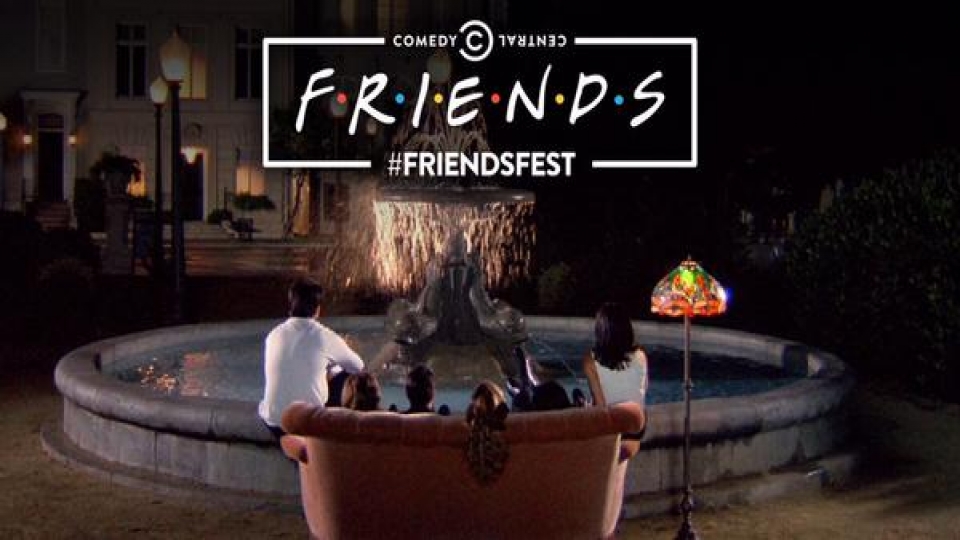 One of the best live fan-experiences in London last year was Comedy Central UK’s brilliant FriendsFest – a celebration of all things Monica, Chandler, Ross, Rachel, Phoebe and Joey.

Comedy Central has just announced that after the huge success of the last one, which sold out in minutes, FriendsFest is set to return this summer for an extended six week tour, produced in partnership with outdoor cinema giants The Luna Cinema.

Check out our gallery from the last FriendsFest event

FriendsFest is a celebration of all things Friends where visitors can get together with their friends and immerse themselves in the world made famous by the hugely popular TV show!

Fans will not only be treated to all the best sets from last year’s award winning event, including Monica and Rachel’s apartment, but this time they can also grab a drink at the new Central Perk, or a bite to eat in Monica’s Moon Dance Diner, pose on the beach in Joey’s sand mermaid or go back in time to the gang’s high school days with an 80’s Silent Disco.

Ticket holders will also be able try their hand at Smelly Cat Karaoke, warbling to Phoebe’s musical masterpiece, or have a game of table football in Joey and Chandler’s apartment, before taking a trip to Las Vegas where they can share a romantic snap with their loved one in the Vegas Chapel of Love (just make sure you haven’t had one too many like Ross and Rachel!).

There will also be a whole host of other Friends inspired activities including themed food stalls and cocktail bar for visitors to kick back and enjoy this mammoth Friends outdoor festival.

Last year, tickets sold out in a staggering 13 minutes so fans are urged to book fast to avoid disappointment.

The tour will visit London, Essex, Oxfordshire, Yorkshire and Hertfordshire.

Jill Offman, MD Comedy Central UK & SVP Comedy VIMN said, “Friends remains one of Comedy Central’s most popular shows, with over 5.5 million people tuning in to watch it each month. Last year FriendsFest was an overwhelming success, with a quarter of a million fans applying for 5000 tickets. Thousands of fans have been contacting us all year begging us to bring FriendsFest back, so teaming up with The Luna Cinema felt like the perfect way to bring the event to even more fans and make it even bigger than before”.

Fans have until midnight on 29th June to sign up for early bird tickets which will be released at 10am on Thursday 30th June.
General sale will commence on the 1st July at 10am. Tickets cost £24.