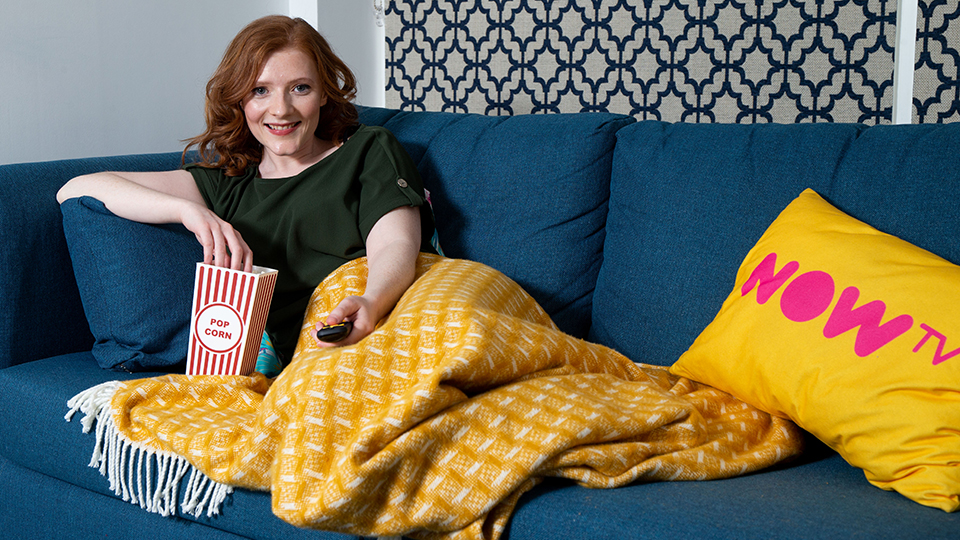 The 29-year-old from Woolwich beat over 1,000 other entries to win the prize. Her memorable video caught NOW TV’s attention and you can see it below:

Mari had been working full-time at a fashion brand before going freelance in January. She will now get £35,000 so she can spend her time catching up on TV boxsets from the comfort of her living room.

She said: “I was working full-time in an office, commuting long hours, juggling family commitments, not to mention maintaining a social life, or even finding time for myself! I realised I wanted to have more flexibility and decided to leave.

“Around the same time – I saw NOW TV was offering a paid sabbatical to spend a year watching box sets – and as a huge TV fan I realised this was the perfect opportunity for me. With so many amazing entries, I genuinely didn’t expect to win, and I’m absolutely delighted to spend the next year catching on all the shows I’ve missed.”

Speaking about her win, Mari said: “I decided to enter when there was just three days to go – so I pulled out all the stops to get my entry in on time – even raiding my sister’s jewellery box to dress up in costumes.

“I’ve always been one of those people who stay up far too late catching up on a box set and squeezing in shows. Winning this paid sabbatical from NOW TV means I can genuinely take time off, re-balance my priorities, spend time with people I love – and watch some amazing TV, such as The Sopranos and The Wire – and not feel any guilt, something I didn’t imagine would be possible. It’s a dream!”

Mari’s entry impressed the competition’s judges, including TV buff and comedian Joel Dommett. He commented: “They were ALL so good. I say all – some were terrible, but all the good ones were REALLY GOOD. It was so tough to help pick a winner – so many entries with incredible songs, artworks, poems and loads more. People put so much time and effort into making it special.

Mari’s entry was visually interesting, fun and creative and I truly believe she is dedicated to the TV watching cause – what an unbelievably great gig she’s landed!”

Mari will also get a NOW TV Smart Stick, plus 12 months of NOW TV Passes, with access to over 300 box sets to help her truly immerse herself in a great television.

Advertisement. Scroll to continue reading.
In this article:Now TV