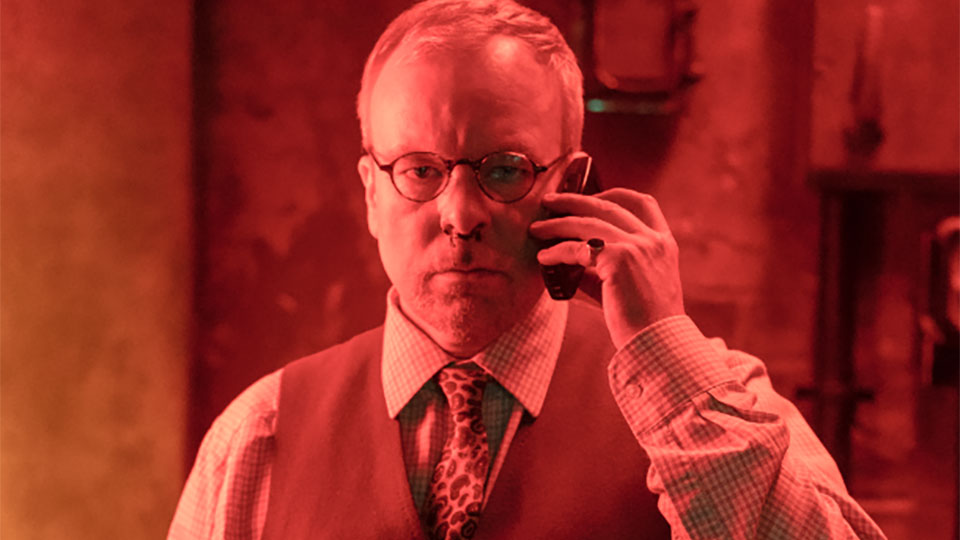 Steve Pemberton (The League of Gentlemen) is part of the cast for the second series of Sky One‘s Bounty Hunters.

Due to air weekly from 14th March 2019, Bounty Hunters will see Steve Pemberton playing Colin McQueen, a history teacher at Eton College whose interests lie more in the ‘specialist’ end of the antiques market which had previously brought him into contact with Nigel Walker (Robert Lindsay). Now, with the freewheeling Nigel dead, Colin wants to get his hands on that final, elusive piece of art and Nigel’s son, Barnaby, might be the man to help him.

Steve Pemberton said, “It was a thrill to be asked by Jack and Freddy to play a sinister private-school teacher with an unhealthy interest in Nazi memorabilia – frankly they had me at ‘sinister’ – and it proved a peach of a role which I devoured (apart from the stone, that would be unhealthy).”

Freddy and Jack said, “We are thrilled to be given an opportunity to delve deeper into the characters we had such fun with in series one. The second series of Bounty Hunters allows us to build on the characters and also gives the audience a glimpse into other storylines…”

Bounty Hunters series 2 features five episodes and it was filmed in Spain and the UK. It is scheduled to air weekly from 14th March 2019 exclusively on Sky One and TV streaming service NOW TV in the UK and Ireland.

In this article:Bounty Hunters, Sky One, Steve Pemberton