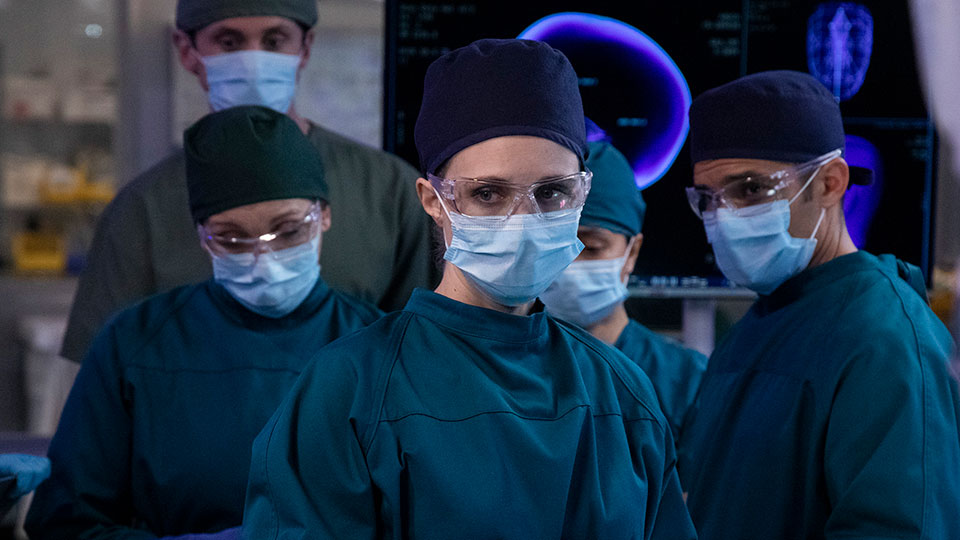 Claire (Antonia Thomas), Park (Will Yun Lee) and Melendez (Nicholas Gonzalez) took on the case of Sunny (Kim Kuroda) on the latest episode of The Good Doctor.

The elderly woman had a mechanical heart that was malfunctioning putting her life in danger. Accompanied to the hospital by a woman she claimed was her daughter, the doctors were caught off guard when Sunny’s real estranged daughter turned up.

It was revealed that Sunny and her biological daughter had drifted apart when Sunny couldn’t accept her daughter’s choice to pursue a career as a singer.

Elsewhere Shaun struggled with Lea (Paige Spara) having an new boyfriend and he clashed with Glassman (Richard Schiff) while trying to look after him.

The next episode of the season is Faces. Dr Andrews tries to convince a grieving family to donate their teenage daughter’s face to a young girl whose face was disfigured in an accident.

The Good Doctor airs at 9pm tonight on Sky Witness HD. Preview it with our gallery below: