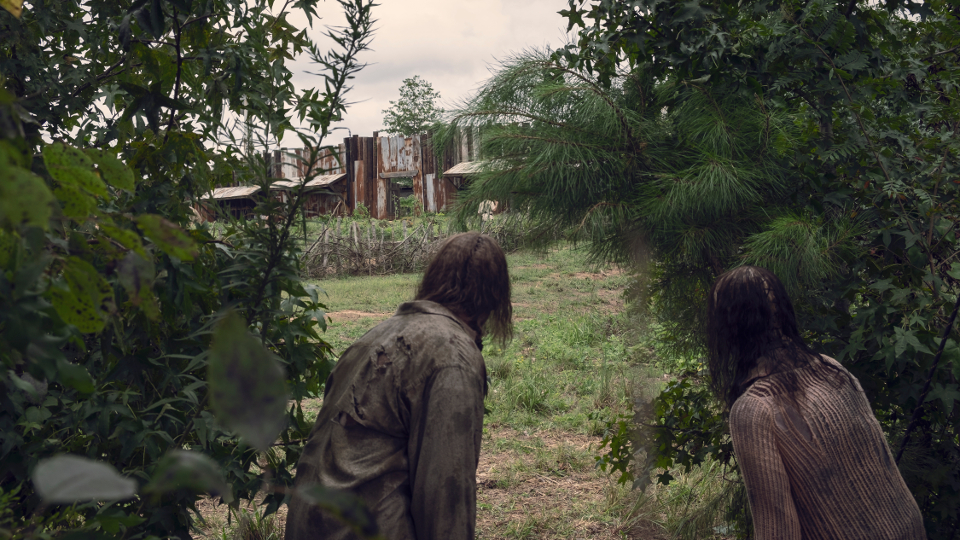 The ninth episode of The Walking Dead season 9 saw the survivors dealing with the death of Jesus (Tom Payne) and coming to terms with the new threat.

Michonne (Danai Gurira), Daryl (Norman Reedus) and the rest of the survivors escaped the cemetery with the body of Jesus. The Whisperers gave pursuit so Daryl and Michonne set an ambush which resulted in the capture of one of them.

Negan (Jeffrey Dean Morgan) was spotted leaving Alexandria by Judith Grimes (Cailey Fleming). She pulled her gun on him but let him go with the promise that she would shoot him if she saw him again. He headed to Sanctuary but realised that Judith was right that there was nothing left for him. He took a motorbike back to Alexandria and was nearly shot by Judith on his return.

The group returned to Hilltop and buried Jesus. Tara (Alanna Masterson) took over as leader and Michonne urged Daryl to stay and help while she went back to Alexandria to inform her people of the new threat. They tried to interrogate the prisoner but didn’t believe her lies. Daryl tried again later and tricked her and Henry (Matt Lintz). She revealed her name is Lydia (Cassady McClincy).

Alden (Callan McAuliffe) and Luke (Dan Fogler) had set out on horses to see where the search party for Eugene (Josh McDermitt) was. They came across some of Yumiko’s (Eleanor Matsuura) arrows and Luke thought she’d left him a trail. It turned out to be a trap set by the Whisperers and the episode ended as they came face to face with Lydia’s mother Alpha (Samantha Morton).

The next episode is Omega. A new arrival at the Hilltop opens up about the leader of a group of mask-wearing savages. A search party sets out on a daring mission to find two missing friends.

Tune in to AMC on Sunday at 9/8c in the US and FOX on Monday at 9pm in the UK to see the episode. Preview it with our gallery below: