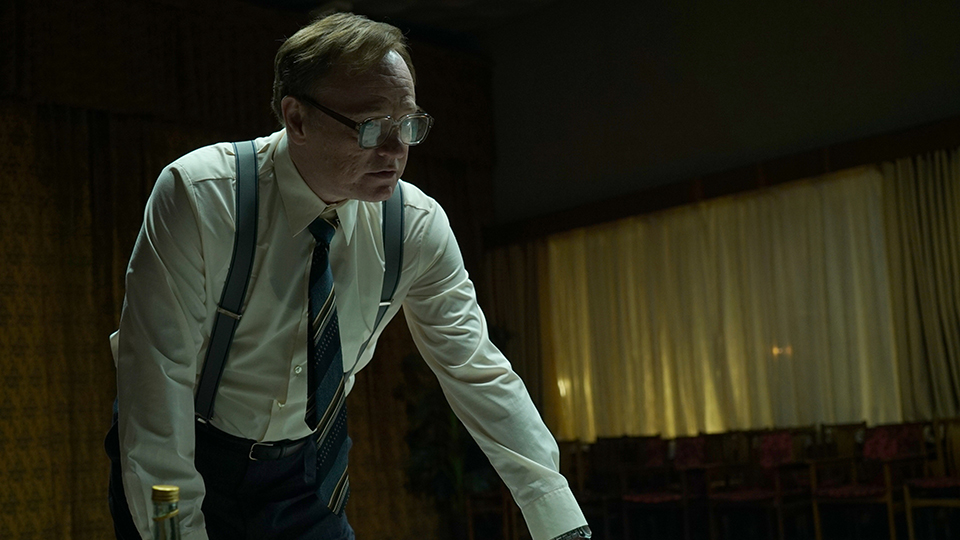 Four first-look images have been released for Sky and HBO’s new co-production Chernobyl.

The five-part mini-series will premiere in May, airing on Sky Atlantic and streaming service NOW TV. Chernobyl brings to life the true story of the unprecedented man-made tragedy, and the brave men and women who made incredible sacrifices to save Europe from unimaginable disaster.

The newly released images introduce four of the show’s main characters. Take a look below and find out more about each of them:

Jared Harris (The Crown) portrays Valery Legasov, a leading Soviet nuclear physicist. As part of the response team, he is one of the first to grasp the scope of the unparalleled disaster that has occurred.

Stellan Skarsgård (Melancholia) plays Soviet Deputy Prime Minister Boris Shcherbina, who is assigned by the Kremlin to lead the government commission on Chernobyl in the hours immediately following the accident.

Emily Watson (Hilary and Jackie) portrays Ulana Khomyuk, a Soviet nuclear physicist committed to solving the mystery of what led to the Chernobyl disaster.

Jessie Buckley (Beast) plays Lyudmilla Ignatenko, the young wife of Vasily, a firefighter who suffers from exposure to radiation at Chernobyl. More than anyone, Lyudmilla is the human face of the tragedy of Chernobyl, enduring unimaginable pain and loss.