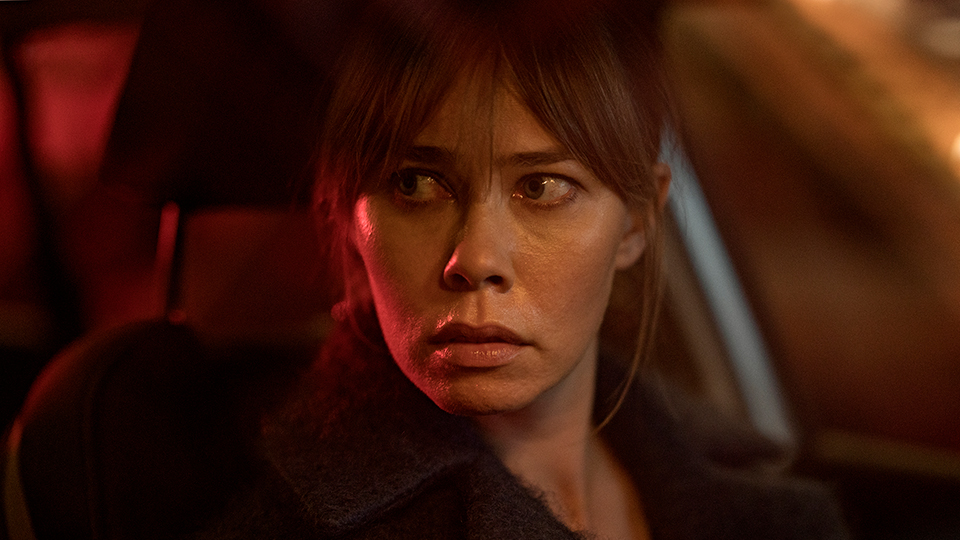 Greyzone isn’t quite the right English language title for this new Walter Presents series – Grey Area might have been better, as this 10-part Danish thriller explores the blurred lines between right and wrong, between good and evil. It’s basically saying that there is no such thing and black or white in real life – everything is a different shade of grey.

If you want to avoid all spoilers for Walter Presents: Greyzone, stop reading this article right now.

In episode one, the story begins with two separate storylines. Firstly, we have Swedish SÄPO agent, Eva Forsberg (Tova Magnusson) being called to the docks in Gothenburg where a suspect German lorry is about to disembark from a ferry. As it rolls off, she and a security guard summon the lorry to one side for a not-so-random check. What ensues is a bloody shoot-out which leaves two people dead and the driver of the lorry on the run, leaving behind some highly dangerous cargo in the truck. Cue some typically incompetent police work as the driver – who is suffering a serious gun-shot wound, incidentally – still manages to elude the police, steal a car and make his escape.

The second storyline involves Victoria Rahbek (Birgitte Hjort Sørensen – best known of course for her work in Borgen, but also from episodes of Midsomer Murders and Marple). Victoria works for a company that manufactures drones for environmental projects in drought areas, etc. However, the comany is on the cusp of being bought out by another firm with a more sinister military background. Whilst on a business trip to Frankfurt, Victoria bumps into a former university colleague, Iyad (Ardalan Esmaili), who now works for a tech magazine. She arranges for him to visit her home in order to conduct an interview for the magazine (which seems a little incongruous as she barely recalls the guy from her uni days). And sure enough, whilst Iyad excuses himself to use her lavatory, he prepares a syringe with a fast-acting sedative. He returns to the lounge, grabs Victoria from behind and injects her in the neck.

Like the finest crime show to come from this part of the world, The Bridge, the focus of this thriller is split between Denmark and Sweden, and whilst it’s hard to imagine Greyzone will quite reach the heights of that superstar of a series, it’s off to an excellent start with an absorbing cliff-hanger at the end of the opening episode. The acting throughout is excellent with both the strong leading female actors – Sørensen and Magnusson – being superb in their roles. The script is fast-paced and well-written, and the storyline – so far, at least – grabs you and doesn’t let go! Yes, there are some aspect of the plot that seem a little unbelievable, but this is fiction (thank God!) and should be taken as such.

This is worth viewing for the performances of its stars alone.

Walter Presents: Greyzone premieres on Channel 4 on 13th February at 10.45pm, with the entire series immediately available to view free on demand on All 4 straight after.

In this article:Channel 4, Greyzone, Walter Presents