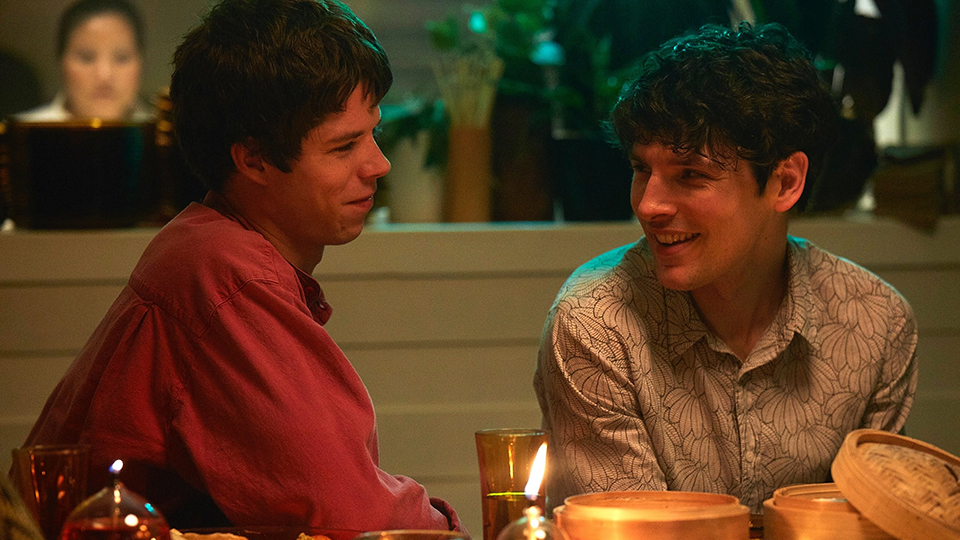 The film is written and directed by Amstell, and it stars Colin Morgan, Phénix Brossard, Joel Fry, Jack Rowan, Jessica Raine and Anna Chancellor. Watch the trailer below:

About to premiere his difficult second film ‘No Self’, Benjamin (Colin Morgan), a rising star filmmaker, has been too long in the edit. Unable to see the wood from the trees, he finds solace alone in his flat with tubs of ice cream and a cat for company.

On the eve of its premiere at the London Film Festival, encouraged by his friend Stephen (Joel Fry) and hard-partying publicist (Jessica Raine), Benjamin is introduced to a mesmeric French singer called Noah (Phénix Brossard). As they journey through their version of the city, filled with vegan restaurants, comedy clubs and avant-garde dance performances, the pair slowly manoeuvre themselves and each other towards love.

Benjamin will be released in the UK and Ireland on 15th March 2019.