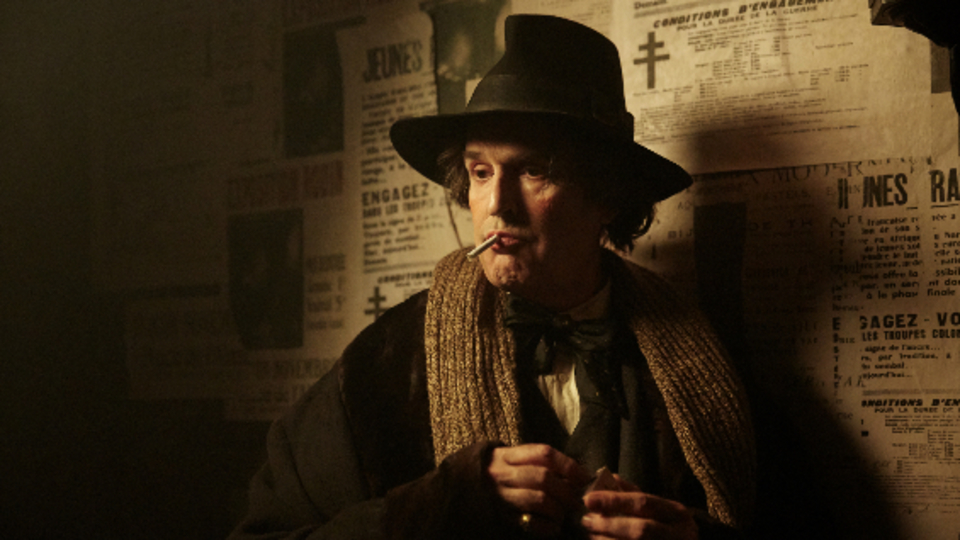 The Happy Prince is a wonderfully absorbing drama with laughter and tragedy peppered throughout. Rupert Everett wears three hats on this project – starring in the movie that he also wrote and directed. A passion project of his for many years, The Happy Prince shines a telling light onto the latter years of Oscar Wilde’s life and his struggle to find peace after everything that was taken from him.

When you think of Oscar Wilde, a distinct picture comes to mind but not many stories delve into what happened to him after his incarceration and the broken shadow of a man that was left behind and forced to flee to France, never returning to the UK. After a public dispute resulted in being imprisoned for 2 years for gross indecency with men, an aging Oscar Wilde (Rupert Everett) takes stock of his life and wrestles with his choices as he sees out his final years in impoverished exile. That’s not to say he doesn’t make mischief on his journey, but the challenges he has faced have taken toil and left a lasting impression on a life once full of vibrancy.

Rupert Everett hands in a career-best turn here as Wilde, paying homage to one of his heroes in a compassionate and thoroughly engrossing way. Everett is simply sensational here, simultaneously delivering the sharp wit and keen eye for trouble Oscar was famous for, married up with the deep regret and broken dreams of a life that he can no longer live.

Everett the writer gives the film a diligently paced story that covers the key moments of his later life to good effect and paints a fascinating portrait of the man. Remarkably, The Happy Prince is Everett’s first foray behind the camera and he manages to deliver a sumptuously shot drama full of rich colour and subdued hues that mirror the journey Wilde has taken in life. It really is a remarkable directorial debut and marks out an exciting time for Everett should he continue to make films.

Being a passion-project, Everett has called in a lot of friends to help and as a result, the supporting ensemble is all superb. Colin Firth is a delight as Reggie Turner. Edwin Thomas shines as Robbie Ross, a man who helps Oscar out until the very end, and who clearly loves him. Colin Morgan does well as a pantomime villain/former lover while Emily Watson hands is great as Oscar’s estranged wife Constance, who is left picking up the pieces of her broken world with their two young sons who would never come to know their Father. Tom Wilkinson, Antonio Spagnuolo, Anna Chancellor and Béatrice Dalle lend solid support too.

Taking stock of life and examining choices, regrets, indiscretions and good intentions, The Happy Prince is a fascinating character study and a heartfelt ode to Oscar Wilde. It’s a wonderful account of his later life, bursting with sentiment, and featuring a standout performance from Everett. An absorbing and must-see film with an accomplished ensemble, this has clearly been made with passion and a fervent desire to tell his story well. Rupert Everett has delivered one of the finest British films you’ll see all year. The Happy Prince is a wonderful drama full of melancholic debauchery that’s easy to be enamoured by.