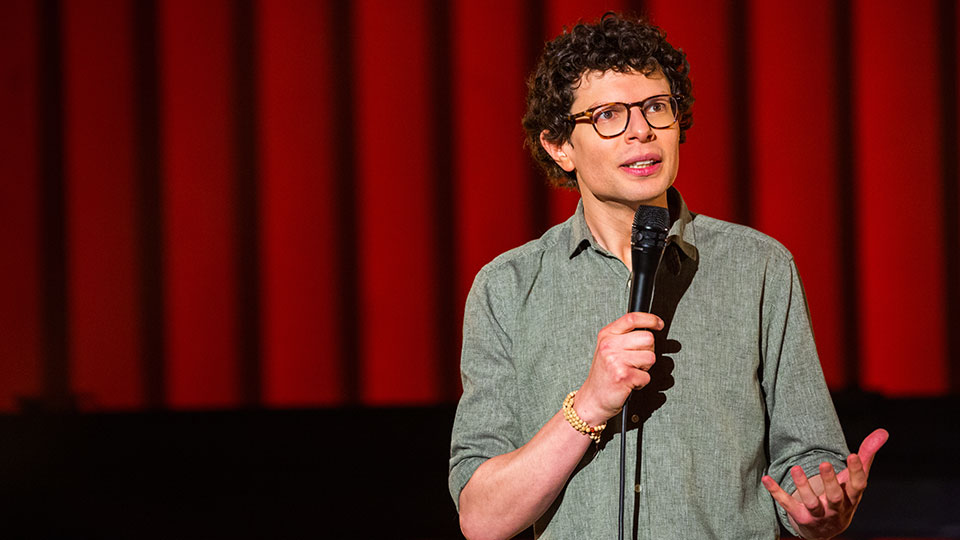 Set Free is Simon Amstell’s first stand-up special since 2012, and follows a number of critically acclaimed directorial projects in recent years, Carnage (2017) and Benjamin (2018). Directed by Julia Knowles and released on Netflix on the 20th of August, the show combines material from two of Amstell’s tours: ‘What Is This?’ and ‘To Be Free.’ It covers familiar ground in Amstell’s stand-up: his relationship with his parents, his own identity, and his experience taking ayahuasca in Peru. Yet this familiarity doesn’t mean the show feels stale or old. Rather, Set Free is an accomplished and complete set that acts as a perfect vehicle for Amstell’s unique brand of comedy.

A central through-line of Set Free is the notion of being special. “There’s a lot of people in here right now, and everyone thinks that they’re the special one,” Amstell jokes early on in his set, and it is this overarching nature of specialness that acts as a springboard to the topics Amstell discusses. He dissects the inherent absurdity in the term ‘special,’ interrogating the ‘special’ status of the royal family, celebrities, his audience, and himself. It is here where Amstell really shines and where the algorithmically focused Netflix tag of ‘off-beat’ is accidentally astute. Because Amstell’s comedy exists in opposition to perceived norms and accepted standards of behaviour. It does this very successfully, because not only do you find yourself laughing at Amstell’s mockery of established institutions like marriage and relationships, you find yourself agreeing with him.

I was surprised to find that some of Amstell’s material was very similar to those he performed in his previous special, 2012’s Numb, with a couple of jokes being directly lifted from that show. It was a distracting element in an otherwise strong set, but it didn’t diminish the overall quality.

Although there are comedians with a higher laugh-per-minute rate than Amstell, there are few who use their own vulnerabilities as a comic device quite so well as him. The topics of body image, therapy, and depression are present throughout this show and throughout Amstell’s body of stand-up generally. Set Free sees Amstell display his prowess in using these topics not only to get laughs, but to genuinely interrogate the nature of happiness. Of course, it’s not a philosophy special, and there are plenty of gags about blow jobs and sex parties, which are just as good as Amstell’s more soul-searching material.

With Set Free, Simon Amstell delivers a fine-tuned hour of existential, introspective comedy that at once emphasises the nonsensical nature of modern life whilst finding joy, and freedom, in the chaos.