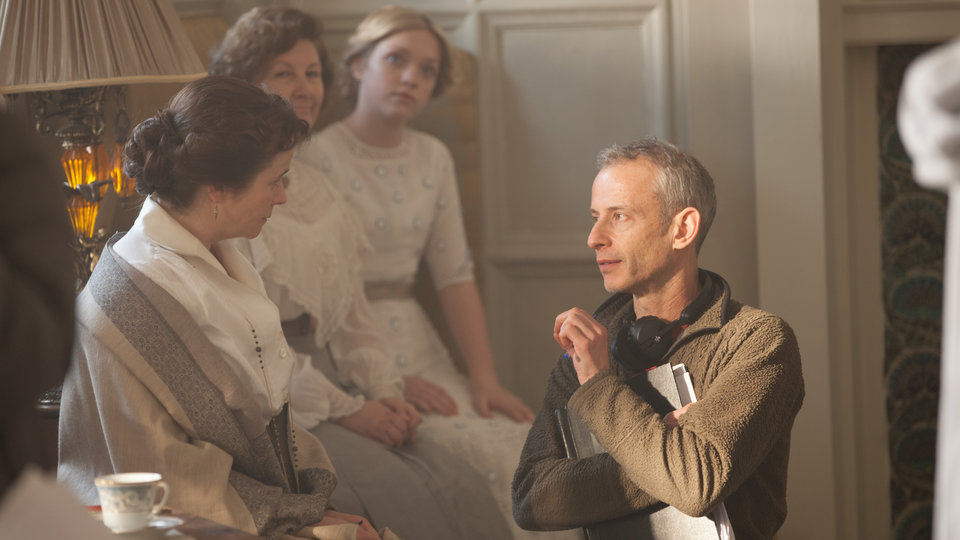 Testament of Youth is available on digital platforms from the 8th May, and on Blu-ray and DVD from the 25th May, 2015, from Lionsgate Home Entertainment.

The indomitable Vera Brittain became the first person to document war from a woman’s point of view and in doing so, changed the way a generation regarded itself and its actions. Her defining testimony became a searing story of love, war and remembrance.

Vera Brittain (Alicia Vikander) overcomes the prejudices of her family and hometown to win a scholarship to Oxford. With everything to live for, she falls in love with her brother’s close friend Roland Leighton (Kit Harington) as they go to University to pursue their literary dreams. But the First World War is looming and as the boys leave for the front Vera realises she cannot sit idly by as her peers fight for their country, so she volunteers as a nurse.

EF’s Jason caught up with the film’s director James Kent to discuss the movie, the life of Vera Brittain and why this is one of the most important movies of the year.

How did you first get involved with the project James?

The film’s producer Rosie Alison had been watching my television work and loved its combination of narrative and poetry. It’s important the producer casts a director with a sensibility that matches the aspirations of the producer. I read the script and completely loved it. So I pitched myself to her colleague David Heyman (producer of Harry Potter, Gravity, Paddington) and to the financiers of the film including the BBC.

Alicia Vikander is sensational in the movie. What does she bring to the table and how impressed were you by her performance?

We saw Alicia in a powerful movie called A Royal Affair where she played an 18th century Danish princess. Amazing steely determination and emotion. Alicia is luminous. She doesn’t have to say much but her face and internal emotions pull you in. In Testament of Youth Vera is in every scene so I needed an actress who could carry that responsibility. Perhaps because Alicia was a ballet dancer with the Swedish Royal Ballet from the age of 9 she has great poise, determination and focus to her acting. Not a moment on screen is wasted.

Do you feel pressure and responsibility when you take on a project with such historical significance? Was there any trepidation in transferring Vera’s truly remarkable life on-screen?

A good question. Tremendous responsibility to both Vera, her family and in this instance the huge significance of the centenary of the First World War. This ended up being the only big screen film to tackle World War One so expectations were high. My challenge was however also to bring Vera to a new generation, including younger people who may not have heard about Vera. And that meant making sure we cast younger actors and filmed the hospital scenes in a more graphic way than in the past. Today’s audience are much more visually informed.

Both a lot and not as much as you think! Before we filmed we rehearsed for a couple of days. That’s basically talking through each scene to make sure we are all singing from the same hymn sheet. Once filming begins there is just a few minutes of rehearsal before we shoot. This entire slim was shot in seven weeks so time is extremely precious. But if you cast well, the actors bring an enormous amount of forethought to their roles.

You are working with some truly outstanding young talent such as Alicia Vikander, Kit Harington, Colin Morgan & Taron Egerton. The future of British film looks healthy – how was it working with these actors?

Pretty fantastic. Each was very different in their working methods. Colin I would say is very method (he spent time with soldiers and the public who had been blinded in order to learn their movements), Kit is very quiet and concentrated and Alicia has thought everything through before hand. But what all have in common is the excitement of experimentation too.

Is there room for improvisation during scenes given that it’s based on actual events?

To a certain extent there is room for improvisation. But only when very carefully chosen to bring out the emotional truth of who Vera was. I don’t think you should exaggerate what she went through, or the romance she experienced. You have to stay true to the book: a wonderful memoir full of real joy and pain. But in two hours somehow a powerful film has to be wrought – and that means sometimes the setting for these events are conflated or altered.

Why do you think the legacy of Vera Brittain still strikes a chord with audiences?

She stood for courage, sincerity, forthright honesty, don’t settle on compromise. She suffered awfully (like so many in that war) but somehow she grew up in it and used her experiences to the very best she could. I think that is a lesson for us all.

There are some wonderful locations featured in the movie – was it a challenge to shoot in some of these locales?

It certainly was. We shot in April in Yorkshire. That’s wet and windy in a story that begins in the summer. The actors had to get into a lake that was 8 degrees and smile, smile, smile! And the beach scenes were set on a coastline with heavy erosion – so that made a great thud as a pile of rubble crumbled off the cliff just 18 feet away.

How has Vera’s story had a personal impact on you?

Her story has had a profound impact on me. I have such admiration for this young spirit, at a time when women found it hard to be heard. Vera remained so full of life and she was – for all her faults – so honest and intelligently so. She had a deep strain of romanticism and the losses she experienced she carried through her life. But her pacifism remained undiminished and remaining true was her enduring legacy.

I think TV is allowing itself the scale and ambition that great filmmakers once had told over 12 hours. Ambitious film directors find it increasingly difficult now that Hollywood has turned to blockbuster international action movies. Film remains, however, the place where small jewels can be fashioned, visually very distinct and experienced on the big screen.

It is never easy. However the same principles hold true. Determination will win through. On the one hand anyone can make a movie on digital relatively inexpensive gear. On the other, making a living and getting your film noticed remains a challenge. But real dedication and effort : eventually that first film will get its moment in the light. You never stop having to hustle, pester, push. Anyone who can’t do that won’t make it.

It’s slowly moving forwards and hopefully will be bigger and even better than Testament!

Testament of Youth is available on digital platforms from the 8th May, and on Blu-ray and DVD from the 25th May, 2015, courtesy of Lionsgate Home Entertainment.