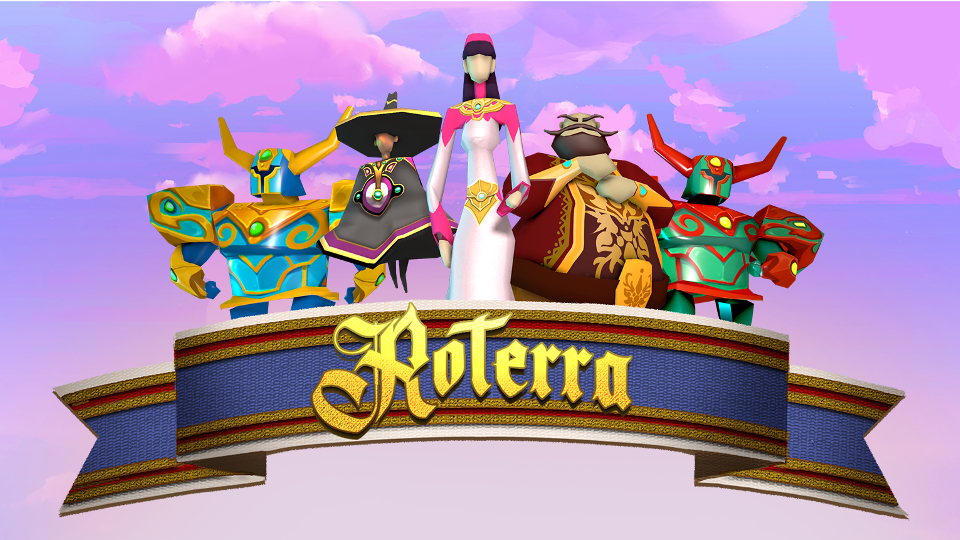 Roterra, by DIG-IT! Games, has launched on the App Store. Taking place on gravity-defying fairytale environments, Roterra invites players to guide charming characters around obstacles by rotating and sliding cubes – and even flipping the world on its head from time to time.

The developers were inspired by “Orlando Furioso” – the 16th-century epic Italian poem by Ludovico Ariosto – to create the rich storyline, colorful characters, and fairytale world behind Roterra. The constantly shifting environments also reflect the many conflicting points-of-view in the poem.

The female protagonist, Angelica, challenges medieval depictions of women as helpless accessories. Angelica is determined and brave – but she’s also shrewd enough to know when to fight and when to run. Despite her ethereal white dress, Angelica is no damsel in distress. From the beginning of the game, you can sense her determination represented by her confident stride through forests, castles and caves alike. Angelica is a force to be reckoned with.

Watch the Roterra preview trailer below:

Angelica, the rightful Queen of Roterra, has lost her kingdom to her older brother, Orlando – who has become addicted to the magical powers bestowed to those who wear the crown. She now finds herself deep in the forest, alone … doing everything within her reach to return home! With traitorous knights hot on her heels, Angelica must face challenging puzzles and other hazards to make a safe return and reclaim her kingdom – one puzzle at a time.

Players are tasked with guiding Angelica through dense forests, dark caves, and giant castles. Quick reflexes are not quite the way to go here: Thoughtful, careful consideration is the answer – often revealing new paths and avoiding obstacles altogether. The world itself can be flipped upside down; the player may alternate between characters – including a good-natured Yellow Knight and a Wizard – to solve puzzles as a “team.” If players succeed, they’ll eventually learn firsthand that sometimes the journey matters far more than the destination – and that stereotypes about wizards and magical creatures are not to be trusted.

View some Roterra screenshots in our gallery:

“Angelica, our protagonist, shines a bright light on a new type of video game hero – someone whose strength comes not from overgrown muscles or guns, but from within,” says Suzi Keehn, Chief Executive Officer of DIG-IT! Games. “Angelica is more than capable of looking after herself. She could ‘go it alone’ if needed. But our hero fully understands the enormous value of cooperation – and the transformative power of friendship. She enlists collaborators – and together, they save the kingdom of Roterra from a second-rate dictator.”

Roterra is available on the App Store priced at £4.99. The game features no ads or in-app purchases of any kind. Check out the official Roterra website for more information.