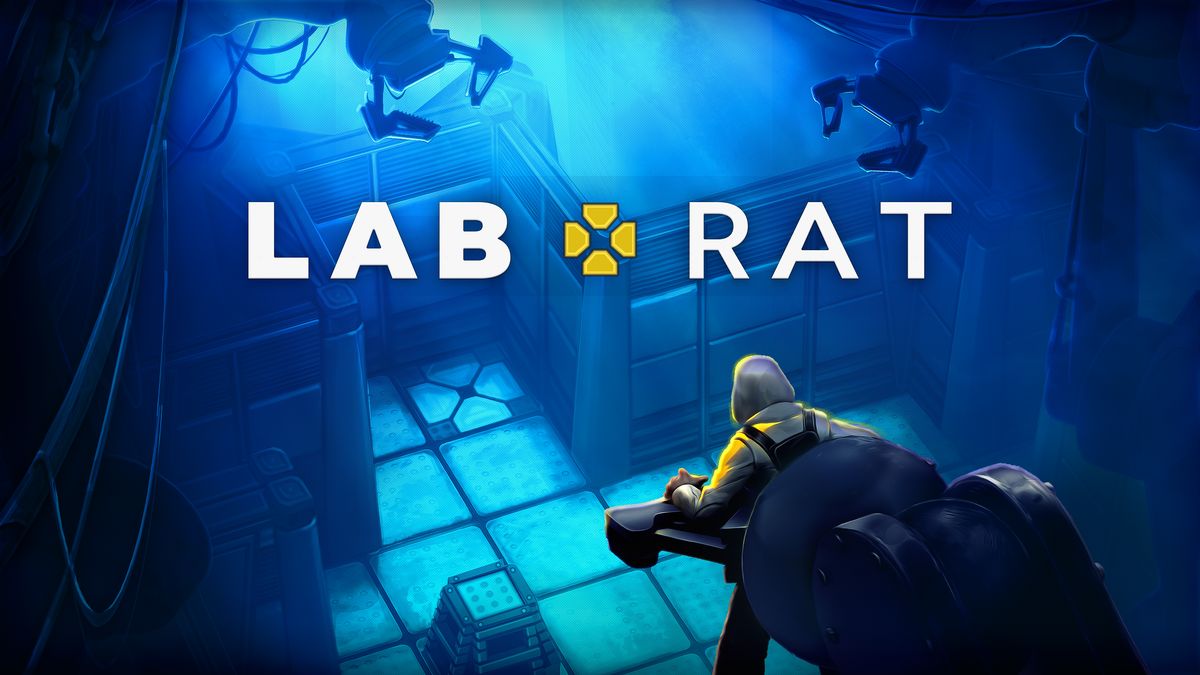 With all the lockdowns over the past year due to the COVID-19 pandemic, many people have found themselves feeling trapped. It’s been a bit like living in some weird experiment with every day mostly the same apart from the constant introduction of differing rules and restrictions. Having played through the first few levels of Lab Rat I wondered if the game took some inspiration from our current situation.

The game puts you in control of a human test subject who is trapped by a metrics-obsessed AI called S.A.R.A. (Sentient Appearing Rapport Algorithm). You’re faced with over 100 puzzle rooms that grow in complexity. As you tackle each room you are being monitored, profiled and judged by S.A.R.A.

The action is viewed from above and starts out simple. Your goal in each room is to learn how to manoeuvre objects, divert lasers and manipulate electricity to solve each puzzle. There’s little help on offer as your observer wants to see if you can learn and solve through trial and error.

The puzzles I was faced with for this preview were from the early portion of the game. Most involved pushing and pulling a crate-like object to a defined goal area. You can approach these crates from all four sides and even climb on top or over them.

As you progress, lasers are introduced which can be used to change the charge of the different sides of the crates. This is needed because the goal areas begin to require you charge the crates to match their patterns.

Once the side of a crate is charged, you also need to obtain the same charge yourself to be able to touch it. This probably sounds more complex than it actually is. If you make a mistake it’s possible to undo your actions or reset a room to try again.

The rooms I’ve tackled so far were very small but some of them took a fair bit of head scratching to overcome. It can quickly become frustrating when you get stuck but each room has a satisfying eureka moment when you work out what is required.

Extra mechanics are constantly added to keep things interesting. In the levels I played I was faced with extra crates, multiple lasers and even extra robot players to simulate multiplayer levels who seemed to purposely hinder my attempts. I expect the later puzzles in the game will continue to add more complexity.

As you progress, S.A.R.A. monitors your every move in order to evaluate your performance. This is often quite hilarious and you are constantly rated or faced with impossible questions. Your responses are consumed by S.A.R.A. and compared with that of your fellow testers. I really liked how this was done and feel it will become more important in the final release.

Playing Lab Rat mostly evoked memories of playing the Portal series of games. If you’re a fan of those then you’ll know that this is high praise indeed. If the final game can keep up the quality demonstrated here and throw in a few twists and turns in the narrative then I’m sure Chump Squad could be onto a winner.

Lab Rat is expected to launch later in 2021. Interested players can check out a demo of the game as part of the Steam Game Festival which runs from 6pm GMT on 3rd February to 6pm GMT on 9th February, 2021.