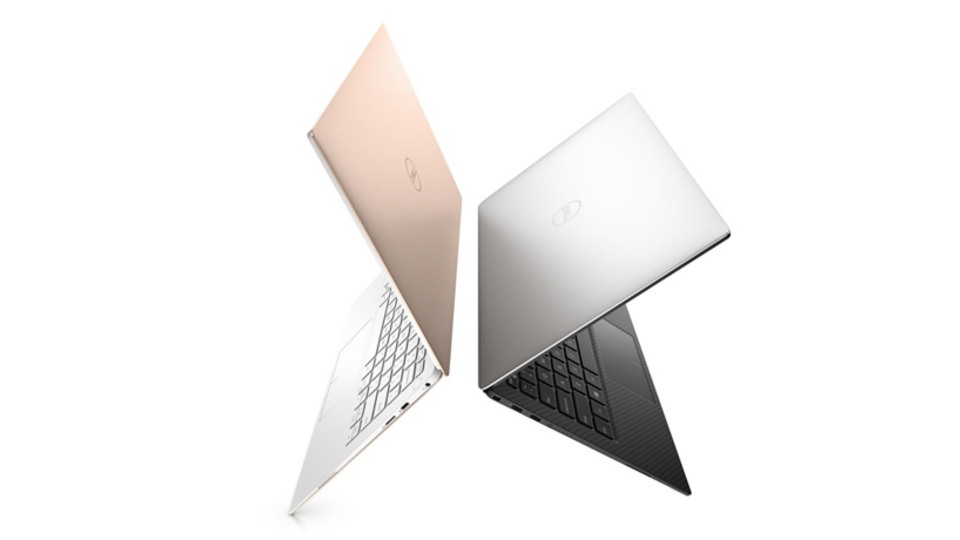 The XPS 13 9370 laptop from Dell is the smaller version of their flagship model the XPS 15.

Out of the box the XPS 13 felt incredibly solid yet surprisingly light. As with all XPS models it has a CNC machined aluminium chassis. The model I reviewed was the rose gold edition which I must say looks absolutely stunning. It’s probably not a colour I would have considered had I not actually got to take a proper look at one. It’s also available in frost and both models have an arctic white woven glass fiber interior.

Like all Dell models, the XPS 13 9370 is available in a variety of configurations. These range in price from £1200 (inc. VAT) to £1,949 (inc. VAT). The choice of model that’s best for you will obviously be influenced by your needs and budget.

The model I reviewed was a low-end configuration which comes in at around £1,350:

The highest option increases the size of the SSD Drive to a massive 2TB and upgrades the display to a 4K touch panel. This adds around £600 to the price. Dropping down to the lower configurations drops to an i5-8250U CPU, takes the memory to 8GB (at 1866MHz) with a standard Full HD (1920 x 1080) display and a 256GB SSD.

Having used the XPS 15 I was a little worried that the XPS 13 would feel too small, particularly without the 4K screen. However, a few minutes with the XPS 13 was enough to convince me that the size isn’t just fine, I actually prefer it. The screen looks stunning and the super thin bezel makes it look like its floating in front of you. The smaller size actually helps the screen look more detailed than the same resolution on a bigger panel.

The biggest advantage of not having an 4k display is that you get a lot better battery life. Using normal office applications Dell expect you to get a staggering 19 hours and 46 minutes out of the XPS 13. Doing a variety of office tasks, combined with some web browsing I found I could easily get a couple of days normal usage without having to worry about charging it.

Watch Dell’s overview of the XPS 13 below:

Below the screen the XPS 13 features a 720p widescreen webcam, a Windows Hello compatible infrared camera and a four mic array. The mics pick up your voice up to 14 feet away. The position of the webcam is rather odd because it’s looking up at you. This has been changed on the new 2019 (9380) model for a tiny camera at the top of the bezel.

The backlit keyboard looks good and is easy to see in any lighting conditions. The thin keys are are responsive and easy to type on but do take a little getting used to if you’re used to full height keys on a PC keyboard. The touchpad is centrally placed and has two seamless buttons. It’s not as easy to navigate as a mouse but it does work wonderfully well.

The thin chassis reduces the amount of ports available that you’re probably used to on bigger models and thicker laptops. The XPS 13 has the following:

It’s worth investing in some adaptors or a docking station should you need to connect to peripherals that require different interfaces.

The XPS 13 boots quickly and runs cool and mostly silent. If you throw something demanding at it then you might occasionally hear the fans but it seems rare and I hardly noticed them at all. The machine breezes through normal Windows tasks such as browsing the web, email and word processing. It’s also a decent laptop if you need a portable machine for programming.

It will also handle video and photo editing tasks but not as quickly as more powerful machines. One thing you’re not going to be doing a lot of with the XPS 13 though is gaming. However some of the new Cloud Gaming services that are available are starting to remove the need for a high-end machine as long as you have a good Internet connection.

The Dell XPS 13 is a brilliant machine for people who need to be productive on the go. The light weight of the machine makes it very portable and the battery life is just fantastic. For all the features on offer it’s also a very affordable machine for the low-mid range models.

The Dell XPS 13 was reviewed using a review unit supplied by Dell.