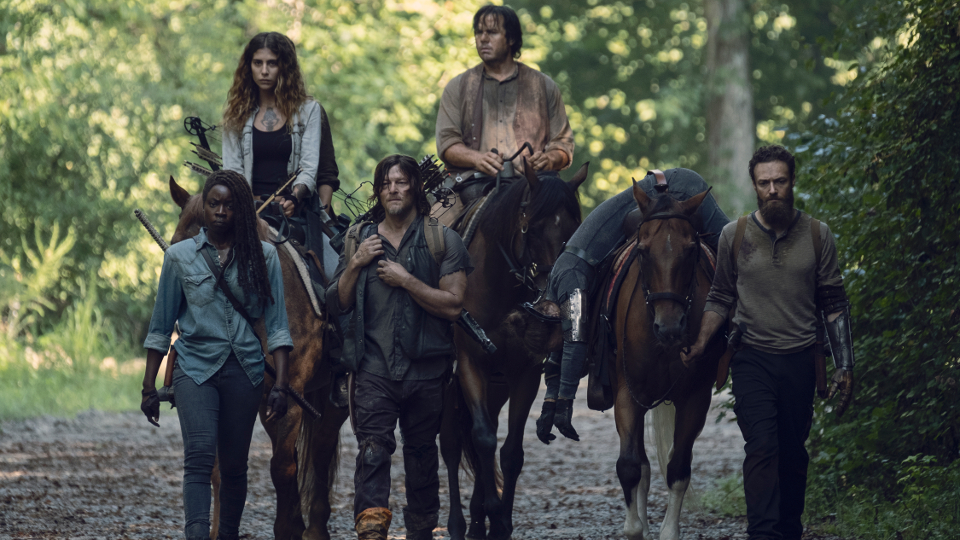 There’s just over two weeks to go until The Walking Dead returns for the second half of season 9. To get fans excited ahead of the mid-season premiere, AMC have released a new trailer called New Threats which you can watch below.

In the mid-season finale, a rescue mission set out to find Eugene (Josh McDermitt). Along the way the group encountered a strange herd of walkers.

The group found Eugene but realised that they were being hunted by the walkers. The episode ended with the group trapped in a fog-covered cemetery. They tried to fight the walkers off but one fought back and killed Jesus (Tom Payne).

Read our mid-season finale recap to refresh your memory on everything that happened.

Watch The Walking Dead season 9b New Threats trailer below:

The new trailer starts off with Michonne (Danai Gurira) and the group returning to Hilltop with the body of Jesus. They’ve also got a captive in tow, which I think is Lydia (Cassidy McClincy) daughter of Alpha (Samantha Morton) who leads the Whisperers.

There’s a montage of snippets showing the group and the Whisperers. It looks like Daryl (Norman Reedus) puts Lydia in the jail and he’s questioning her on her mother. Lydia replies that “My mom? You don’t mess with her”. At the end of the trailer there’s a shot of a Whisperer who I presume is Alpha.

The Walking Dead season 9 will return February 2019 on AMC in the US and FOX in the UK.