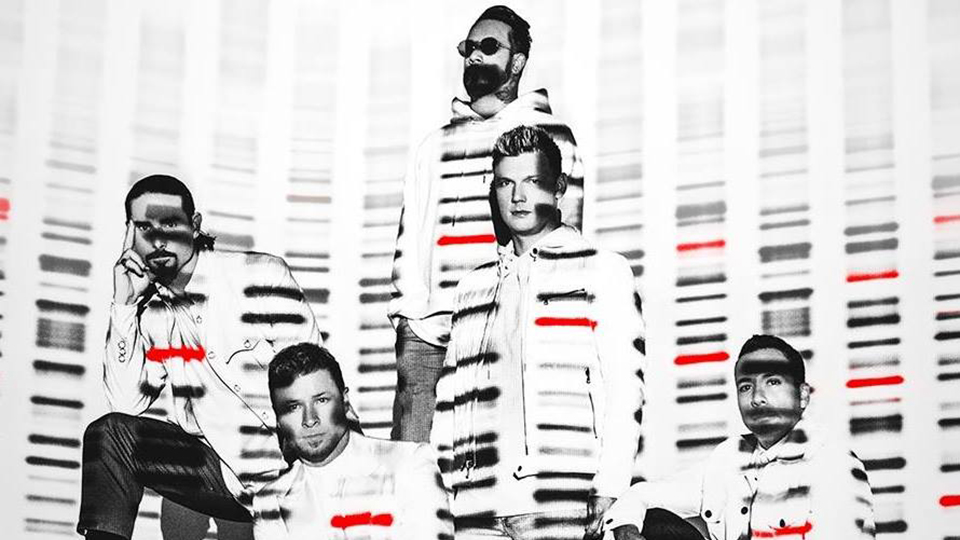 Six years, a lifetime in the pop world, have passed since Backstreet Boys – Brian Littrell, Nick Carter, Kevin Richardson, Howie Dorough and AJ McLean – released their last studio album In a World Like This. That album reflected a more mature sound for the iconic boyband and it was also their first release as a five-piece since 2005’s Never Gone. Since the release of that album the band have enjoyed a successful residency in Las Vegas, dabbled in Country music by collaborating and touring with Florida Georgia Line, and they all pursued their individual projects spanning music and acting. With a World Tour on the horizon, Backstreet Boys have unleashed their new album DNA but has it been worth the wait?

When you listen to any new Backstreet Boys album, you have to remember just how huge they are. While their new music might not hit the highs or the commercial sales of their late 90s releases, it’s still an event that demands global attention. With DNA, Backstreet Boys have figured out how to combine their maturity with the kind of pop hooks that would have dominated the charts back in the day. Sonically it’s a more interesting record than In a World Like This taking in pop, R&B, 80s synths, Country and EDM influences.

Lead single Don’t Go Breaking My Heart, their first to chart in the US since 2007’s Inconsolable and their biggest hit since 2005’s Incomplete, is a strong offering. It appeals to the band’s long-time fans while fitting neatly into the current pop landscape. The shimmering beats back the gorgeous harmonies the band is known for and once the stomping chorus kicks in, you realise the song stand up against all of their previous releases. It’s exactly the kind of song the Backstreet Boys should be recording in the modern day.

Thankfully it’s not a fluke. Across DNA’s 12 tracks, Backstreet Boys succeed in keeping your attention and reminding you why they’re still here over two decades later. At the heart of their music has always been those killer harmonies and they make sure to hang every song on them. The Country-tinged No Place is one of the best showcases of what Backstreet Boys do. The gently lilting guitar combined with the emotive and relatable lyrics are classic Backstreet Boys and the acapella harmonies around the one minute fifty mark are pretty mind-blowing.

DNA’s other strength is there’s no filler here. The album is lean at 12 tracks and every one deserves their place here. The mid-tempo Nobody Else is a laidback R&B groove, Breathe is a masterclass in harmonising, and Passionate injects a slice of funk into the band’s signature sound. New Love is one of the moments that takes Backstreet Boys into new territory. The dirty bass groove is catchy and the vocal delivery on the chorus is different to anything we’ve heard from the guys before.

Elsewhere the waltz feel of The Way It Was suggests a soul album should be the band’s next project, the Shawn Mendes co-penned Chances is a stirring mid-tempo ballad, and the skittish beats of Chateau is a modern take on the classic Backstreet Boys power ballad. Album closer Ok is one of the most musically interesting moments as a guitar riff and hand claps drive the melody.

DNA is the strongest album that Backstreet Boys have released since their classic 2000 release Black & Blue. They’ve really found their groove on this record and it sounds like they had a lot of fun making it. There’s a renewed energy to the band and that radiates from the vocal arrangements and songs on this record. DNA also gives the band a very strong set of tracks to play live when they head out on their World Tour later this year.