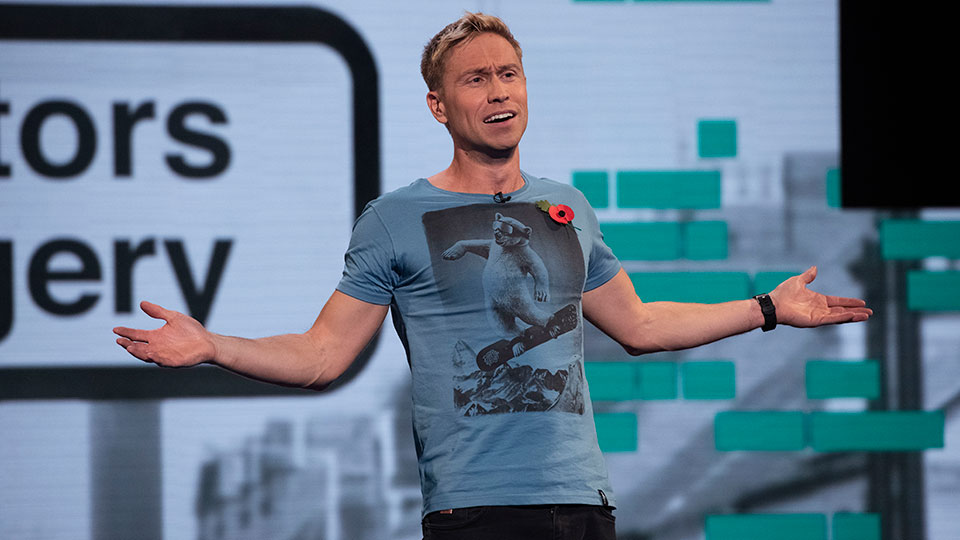 Sky One‘s smash-hit series The Russell Howard Hour has been commissioned for series 3 and 4.

Currently in the midst of its second series, which will air until Thursday 28th February on Sky One, The Russell Howard Hour is a topical entertainment show, which sees Russell Howard offer his unique and acclaimed perspective on news and current affairs. The series was the most successful new non-scripted entertainment series to launch on the channel since 2010 and had over 100 million views across social media.

Russell Howard said: “I absolutely love doing this show. It’s such a ridiculous privilege that I get to write jokes as the world spins out of control.”

The third series will feature 14 hour-long episodes and it will go into production in autumn 2019.

Phil Edgar-Jones, Director of Sky Arts: “Russell has established himself as one of the foremost satirical voices on TV and online. We are happy as hell that he has a home on Sky One where he can bring our audiences his unique and hilarious take on our messed up world.”

James Taylor, Executive Producer for Avalon said: “We’re delighted that, for at least another 2 years, we’ll be bringing The Russell Howard Hour to Sky One where Russell can continue to navigate through and make us laugh at what must be the bleakest and most terrifying news cycle in living memory.”

The Russell Howard Hour is filmed in front of a studio audience. It is a Sky original production produced by Avalon.

The commissioning editor at Sky is Shirley Jones, whilst Executive Producers are Richard Allen-Turner, James Taylor and Jon Thoday for Avalon. The show is directed by Peter Orton and series produced by Robyn O’Brien.

The Russell Howard Hour airs at 10pm Thursdays on Sky One.