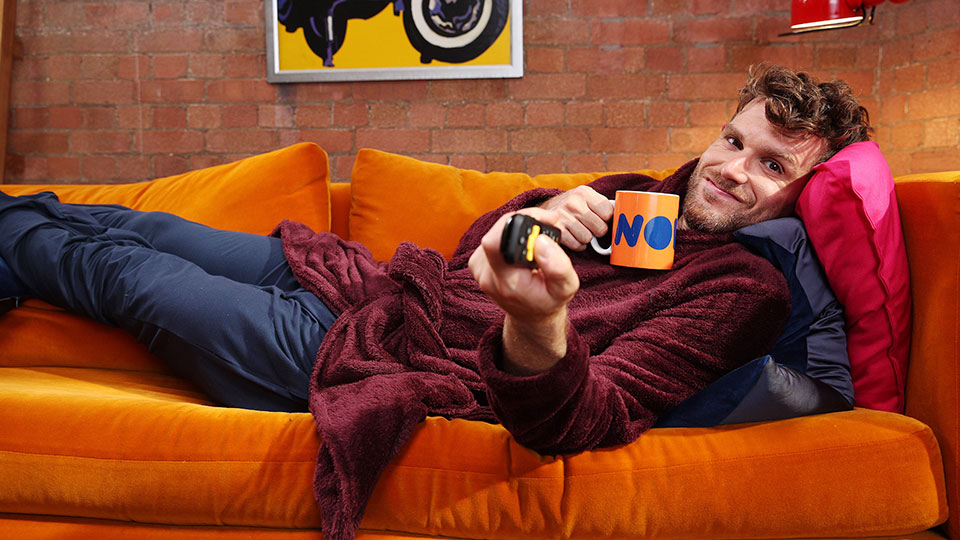 Ever fancied taking a year off work and spending it binge-watching TV box sets?

Now you can thanks to NOW TV who have launched the UK’s first ever Box Set Sabbatical. Fronted by comedian Joel Dommett, the Box Set Sabbatical is offering one lucky Brit the chance to win £35,000 along with a NOW TV Smart Stick, plus 12 months of NOW TV Passes.

Find out how to enter courtesy of Joel Dommett:

Emma Quartly, Marketing Director at NOW TV explained why NOW TV has launched its Box Set Sabbatical: “Our research found one in seven Brits spend their holiday catching up on telly and 40 percent say TV helps them escape and relax, so in the depths of winter, we wanted to take duvet days to another level with the first ever TV streaming sabbatical”

NOW TV has found that the average Brit has just 100 minutes of free time per day with one in 10 Brits cramming in an episode over lunch and one in 20 (5%) admitting to pulling a sickie to watch TV.

Nearly a quarter of Brits (23%) felt left out socially when friends, family or colleagues are talking about a show they haven’t seen and a third has watched a whole season in a day or weekend just to keep up.

To enter, TV fans simply need to post a video or image showing why they deserve to win this ultimate gig. Entries should be submitted via Facebook, Instagram or Twitter, using the hashtag #BoxSetSabbatical and tagging @NOWTV.

Entries will be judged by box set buff and comedian Joel Dommett along with a panel of judges.

Speaking about the competition, Joel Dommett said: “For anyone who loves telly, this really is the most unbelievable gig. Sitting with my feet up watching my favourite shows AND getting paid for the privilege is something I quite literally dream about.”

Entries are now open and close at midnight, Thursday 14th February 2019. Further details on how to enter, as well as full terms and conditions, can be found at www.nowtv.com/bss.