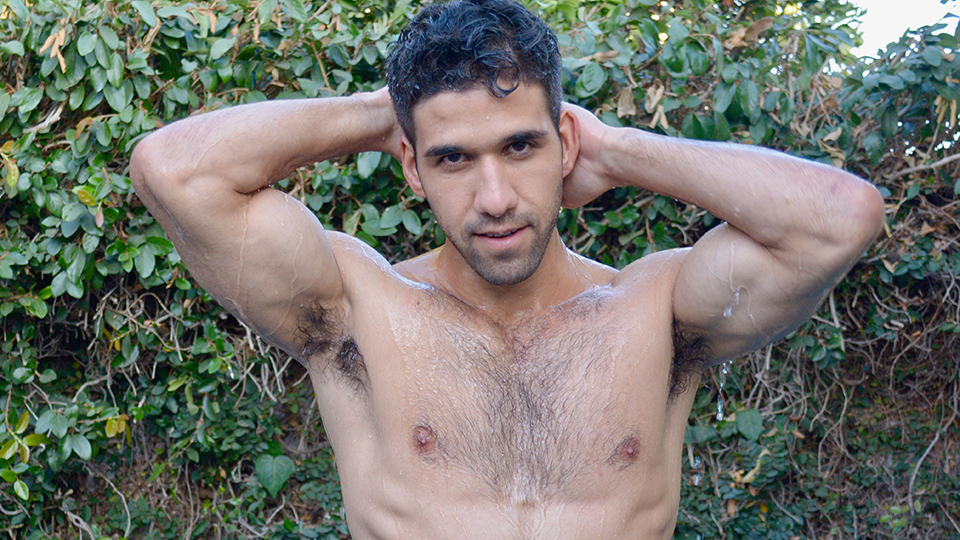 Comedy short The Handyman is heading to film festivals this year starting with the Reelout Queer Film + Video Festival in Kingston, Ontario next month.

Written by Nicholas Downs (Is It Just Me?) who produces along with director JC Calciano (The 10 Year Plan, Steam Room Stories), The Handyman is about a single, gay man who schemes creative ways to have a hunky repairman continue to have to come back to his house to fix things, but suddenly the fantasies become more than either of them expected.

The short stars Downs alongside Derek Ocampo (Steam Room Stories, Where the Bears Are).

Talking about how the short came about Downs reveals, “I had been wanting to create another character that lives in the rom-com world. It’s such a fun genre to play in. I had batted around a few ideas, trying to find the right balance between the romance and the comedy. After a few drafts of that pendulum swinging from one side to the other I finally feel I found the right tone with The Handyman.”

If you’re interested in arranging a screening of The Handyman for a festival or event contact thehandymanshort@gmail.com.

The distribution rights for The Handyman have been acquired by Dekkoo and their film releasing division, Dekkoo Films.

For all the latest information and screenings, visit www.facebook.com/thehandymanshortfilm.

In this article:Derek Ocampo, JC Calciano, Nicholas Downs, The Handyman