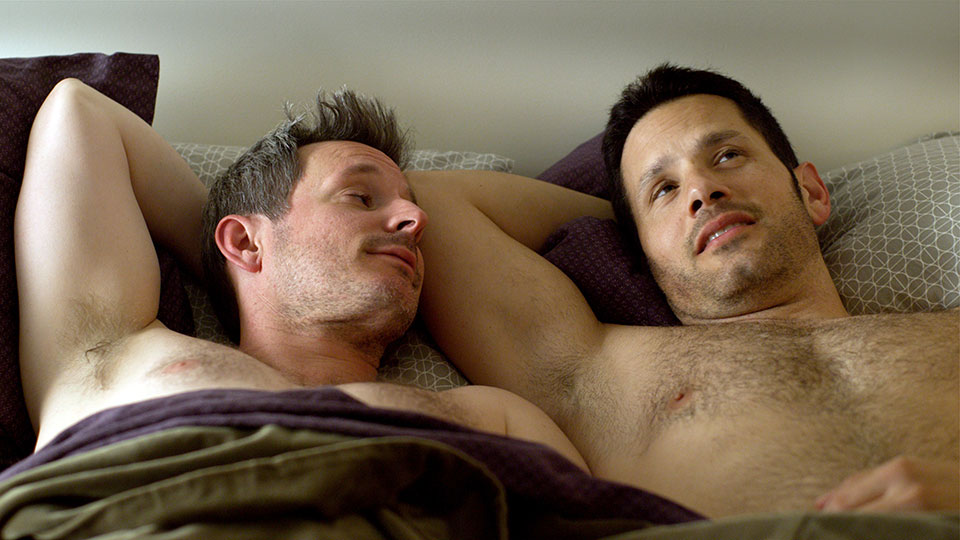 Boys On Film 19: No Ordinary Boy is coming to DVD, Blu-ray and VOD on 18th February 2019 through Peccadillo Pictures.

The latest instalment takes a look at those unique boys; the fabulous boys who make the world a better and more exciting place. The boys who will go one step further and always impress. Boys who are not always what they seem…

The collection features 10 shorts from around the world and will be the first instalment of the series released on Blu-ray. Find out more about the films below…

A single man imagines what life might be like with a mysterious stranger he picks up on the New York City subway. A romantic thriller exploring one-night stands and the thrill and risks of our hook-up culture. Starring Eric Robledo.

Having decided to come out to his parents, Lalit plans his day by cooking his father’s favorite dish, the traditional fish curry Maacher Jhol, a recipe that he’s learnt from a famous chef’s radio show. He prepares the dish with effort and serves his father the delicious fish curry, but will his dish be more palatable that his confession? Delightful animation served with a big heart.

Because first impressions matter Michael sets Dan a challenge on their very first date together. But Dan is out of his comfort zone; he isn’t used to dates requiring such vulnerability. Cantral and East London provide the backdrop to this intimate story of immediate “connection”. Starring Oisín Stack (Mata Hari) and Alex Austin (The Interceptor).

After Hampus declares “There’s No More We” he feels total relief, the weight of their destructive relationship slips off his shoulders. For his fiancé Adrian it’s a devastating shock. How can they now help each other navigate the beginning of the end? A small film about a big subject most of us can relate to,where endings can also be beginnings.

Nazeem, a 26 year old Middle Eastern drag queen who performs under the name Queen Za Dream is preparing her latest Egyptian themed show. She recalls memories of her childhood as an 8 year-old boy when a transgressive moment broke the seemingly close bond with her flamboyant Iraqi-Egyptian mother, Halima who is governed by the strict expectations of gender in Arab society. Only though his drag can the adult Nazeem keep sacred the memories of his mother before this painful moment. Run(A)Way Arab is a semi-autobiographical film from British-Iraqi director Amrou Al-Kadhi, and founding member of drag girl group Denim.

A naive actor auditions for a film which could launch his career. The things he’s asked to do make him more and more uncomfortable… Based on a real event, Meatoo is an improvised film that was conceived and shot in a day.

1950s England. Young Chris Winters struggles to ﬁt into the accepted gender roles. After a tough childhood, Chris meets dream woman Julie but is haunted by the growing feeling that theirs is a life half lived. Endlessly imagining what might have been, Chris is ﬁnally struck by the realisation that for some decisions there is no right answer. Award-winning film from director/actor Jake Graf (The Danish Girl; Colette) starring Elliott Sailors, Sue Moore and Blue band member turned actor Duncan James (Hollyoaks).

Elsie is a ﬁercely independent, equally opinionated pensioner with a drink problem and reliant on daily help including Jermaine, a black, sexually ambiguous carer. Initially, their relationships is combative but he wins her over with his non-conventional ways. When Jermaine disappears without a word, Elsie is determined to ﬁnd out what happened to him. Set in Ladbroke Grove/West Kensington, this is the latest film from EastEnders actor Leon Lopez, who has recently been directing episodes of Hollyoaks. Starring Marji Campi (Cold Feet, The Bill) and Ashley Campbell (Doctors).

Raf is young, he’s fun and on the pull, but tonight is struggling to find his place among the crowd. Sometimes it’s that moment when you stop trying that magic really strikes.

Boys on Film 19: No Ordinary Boy is available to pre-order on DVD and Blu-ray now.

In this article:Boys On Film, Boys On Film 19: No Ordinary Boy, Peccadillo Pictures