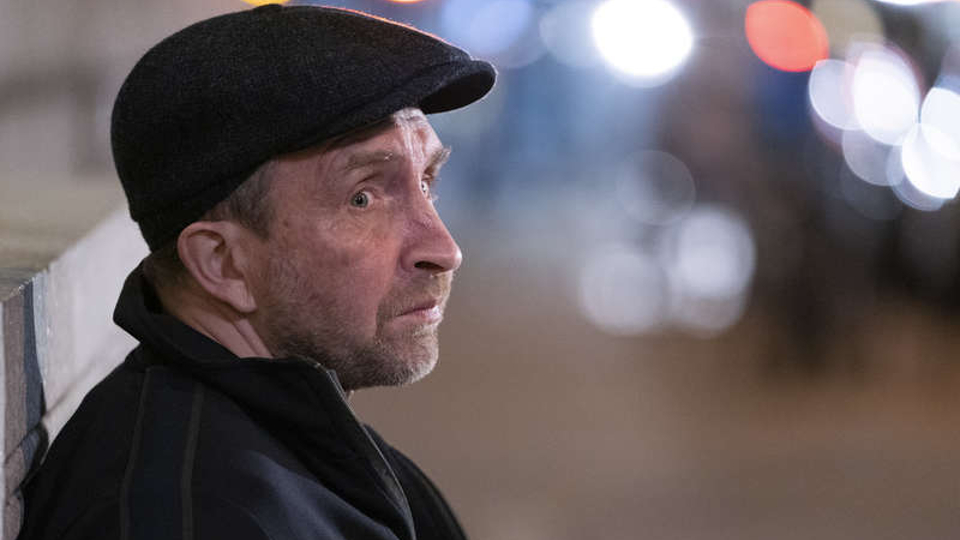 The episode began with Ray, Mickey (Jon Voigt) and Daryll (Pooch Hall) driving to Mac’s (Domenick Lombardozzi) house to see if Bridget was there. They drove past O’Donoghue’s and saw the bartender outside smoking.

Meanwhile, Rad (Tony Curran) was also trying to track Mac down. He was at Mac’s ex-wife’s house giving her a beating to see if she knew where Mac was. He held a gun to her head as her young son watched from upstairs. His mobile rang and the bartender told him that he’d seen Ray drive by.

At Mac’s, Ray and Mickey went inside, while Daryll was told to stay in the car and call the FBI if things went bad. As Ray and his father searched Mac’s, Rad turned up, got out his car and readied his gun. Daryll decided to head inside after Rad with a gun of his own.

Daryll messed up as usual and found Rad holding a gun to his head. Ray walked in and emptied his clip into Rad’s chest without a moment’s hesitation. Ray didn’t give him chance to take a final breath and Mickey had to tell him to stop.

Ray realised that Rad must have been tipped off and they headed back to the bar. Desperate to find Bridget, Ray set about the clueless bartender. He stopped when the news broke on TV of the recording of Ferrati (Zach Grenier) ordering the murder of a judge.

Ray was losing it and running out of ideas. They went back to Mac’s and Ray used Rad’s phone to call Ferrati. He pleaded with the mayor but Ferrati didn’t know where Bridget was. In fact he didn’t even know about Rad’s plan and he called Mac in disbelief.

Ray was seemingly out of options until Mac called him. He promised that Bridget was fine and arranged a meet. Ray went alone and Mac tried to explain that he had no choice and it was all Rad’s idea. He spoke of how Ray was his friend and the only one who took him seriously.

Eventually Mac asked Ray to follow him and they drove out to a motel. Mac apologised again before handing over the keys. As Ray rushed to find Bridget, Mac called his ex-wife. She was furious at him and said they never wanted to see him again. As Ray freed Bridget, a gunshot rang out as Mac killed himself.

Ray drove her to Sandy’s to meet up with the others. On the way, he had Bridget call Smitty (Graham Rogers) to let him know she was safe. When he came off the phone he realised that Danny (Chris Tardio) had managed to free himself. Danny suddenly appeared out of nowhere, tackled Sandy to the ground and began choking her. Smitty grabbed a fire poker and impaled him through the chest which killed him. Sandy stood up, made a joke about a ‘cop kebab’ and finished her cigarette. Daryll and Mickey soon showed up with the bodies of Rad and the guy Mickey shot last episode.

Elsewhere, Bunchy (Dash Mihok) was questioned by the FBI. They were hoping he’d give up his father but he refused, despite being faced with a 30 year sentence for his crimes. The FBI brought Terry (Eddie Marsan) in to try and talk some sense but Bunchy refused to listen. Later, Terry spoke to the FBI and said he’d be willing to give them Mickey to help stop Bunchy serving such a long sentence.

At the end of the episode, Feratti met with the judge he’d requested Ray to kill. He said that Winslow (Susan Sarandon) had faked the recording and promised to win the election.

Can’t wait for the season finale? Read our preview of Ray Donovan – 6×12 The Dead.