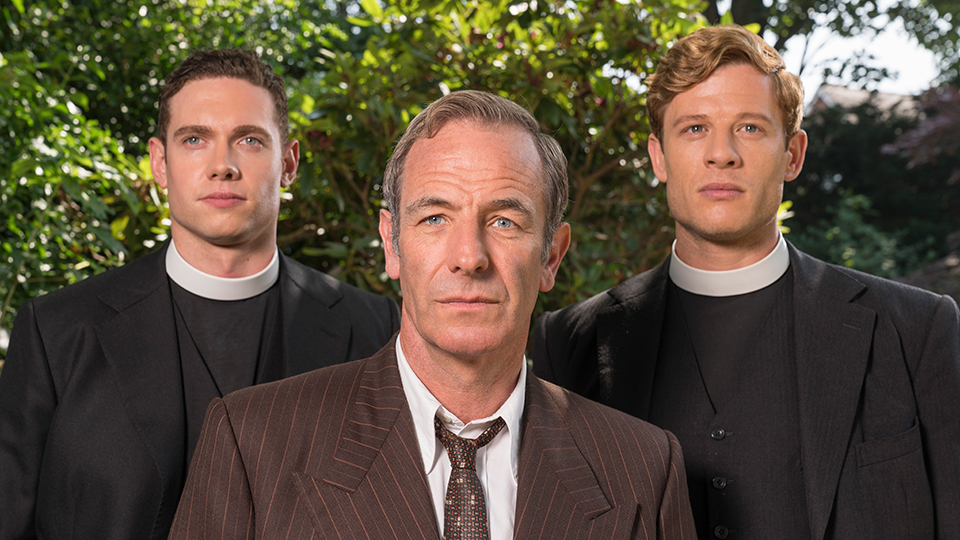 The new series will be the last for Norton who has been with the show since it began in 2014.

Speaking of Norton’s departure Robson Green says, “We have the very powerful storyline of James Norton leaving as Sidney Chambers. There wasn’t a dry eye on set when we shot the final scene with James and I. Then you have this new energy coming in with Tom Brittney as Will Davenport so eventually you have this new relationship between Geordie and Will. Tom just eased his way in and the transition was painless.”

He continues, “Obviously it is sad to see James go but Tom’s arrival brings a different and fresh energy to the series. He enthused everyone both in front of the camera and behind, that was really reassuring.”

In the new series it’s 1956 and Sidney Chambers, vicar of Grantchester, is yearning for some excitement. However, his best friend, DI Geordie Keating, is starting to worry that this daredevil attitude is verging on a death wish.

The fourth series features 6 new episodes. It is a co-production from Kudos and MASTERPIECE on PBS.