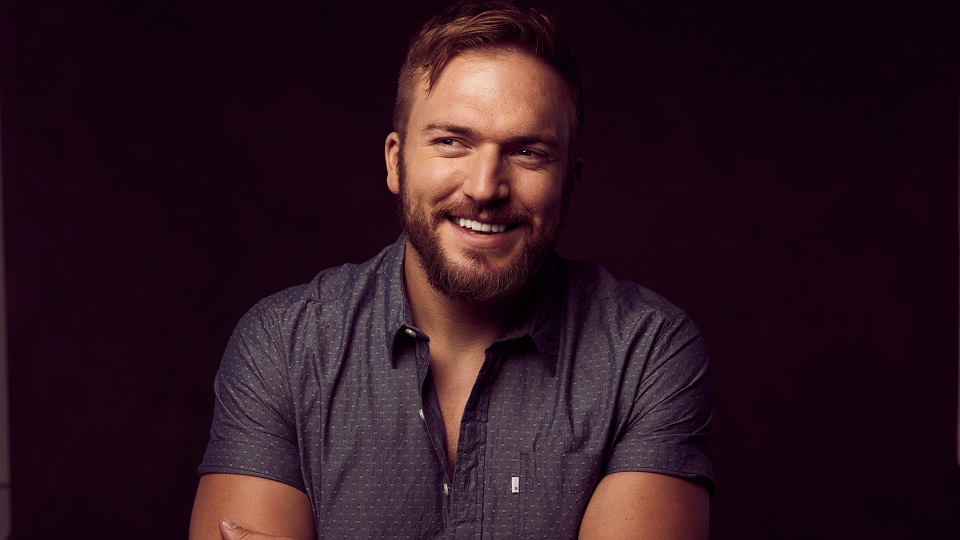 Although Logan Mize released his first record almost a decade ago, 2018 has definitely been his breakthrough year.

That’s largely due to his smash hit song Better Off Gone, taken from 2017’s Billboard Top 20 album Come Back Road. The track has featured on Spotify’s Viral Top 50 in multiple countries as well as their global chart, whilst CMT highlighted the video as one of their 10 Must-See Indies You Need To Know’.

I caught up with Logan as he kicked off his Better Off Gone headlining tour in the US last month. Read on to find out more about his experiences of touring, how he approaches songwriting, and his plans for 2019.

How’s the tour going so far?

2018 was a huge year for you – what have been your standout moments?

Oh, man! It’s mostly the touring – seeing the number of people showing up at shows is pretty unprecedented for us. It’s consistently being able to sell tickets on our own without opening for other people and stuff like that, and being self-sufficient. It’s been really, really fun.

Oh, gosh. That’s a good question! I think the most important thing is not to let anything that goes wrong during the day get to you. Because gear breaks all the time and things go wrong, but always remember that people are there to be entertained. So be happy, just enjoy it, because people come to be entertained and they wanna be happy and forget about their troubles during their day. The approach that I have to this industry is just to focus on entertaining people.

Better Off Gone was a huge hit for you this year. Has the success of the song surprised you?

Yeah, it was a surprise because out of all the songs on that record it was one of the more chilled, acoustic-sounding songs. So for it to be the one that people really gravitated towards and blowing up live shows so much, it’s been interesting. I didn’t see that one tracking, you know?

You’ve also recently released your Acoustic Sessions EP – why did you decide this was the right time for that?

Well, after realising how big Better Off Gone was – it was already pretty acoustic to start with, that’s why we made the piano version of it. But I think that right now people are craving something that’s a little bit more organic and less over-produced, and I decided ‘hey let’s take some of these songs that have a lot of slick production on them, let’s take it all off and do acoustic versions’. And people really liked it.

What is it about the acoustic approach that appeals to you?

I think just stripping the song down and just letting people hear how simple it is with just an acoustic guitar. Because at the end of the day if you can’t pull out an acoustic guitar and just play the song, then you don’t have anything. So many songs on radio these days rely on slick production. You take that away, and there’s not a song there. So I think it’s really important to have the foundation of a good song that you can play on a guitar, and I think people are interested in that.

Do you have a typical songwriting process?

It’s changed a lot over the years. I used to just finish songs just to finish them, whether I thought they were good or not. And I think now that I’m deeper into this, if I get through a song I’m like ‘I’m not feeling this’ and I stop. I know what I want, I know what I’m going from. So I write a lot fewer songs, but the quality’s higher.

As far as the process, it could be a melody or something. Typically music comes first for me rather than lyrics, but every now and then I’ll get a lyric idea. Usually lyric for me lies in the melody or the rhythm and feel of it.

Yeah, absolutely I do. I go through periods of ‘oh man, I wonder if I’ll ever be able to write a song again’, you know? But then often if I have a specific project in mind they seem to just fall out. My wife Jill [Martin] has a record coming out, and she was like, ‘hey, I wanna write my record, I want you to help me write it’. And I was like, ‘I haven’t written a song in six months’, because I’ve been touring on this last album. But once we sat down and started writing the songs were coming pretty easy. She’s a good writer too so that made it helpful, but writer’s block had set in. But it goes away pretty quickly.

Jill’s new record also includes your first duet with her – can you tell us a bit more about how that came about?

Yeah, she really loves classic old country like Loretta Lynn and Dolly Parton – real stories about real life – and that’s kind of what she wanted to do. She embraced who she is, a 33-year-old mom of two, and we’re married, so instead of making it sound perfect we wrote a song about what it’s really like, for us anyway. It’s really honest and a lot of people seem to find some sort of common feeling in it, so I think it’s why people are starting to dig it.

You’ve been over to the UK a few times in the last couple of years. Was there anything about the audiences here that you found different compared to the States or other places you’ve played?

I really love the UK audience. Not better or worse, it’s different. Because I feel it’s very different in different parts of the US. Playing for people in the Southeast is completely different from playing for people in the Northwest. In the UK everyone is very attentive and they listen to the lyrics, and they wait until the song’s finished and then they clap – very polite. It’s really interesting, because in the States if they get disinterested they’ll start whooping and hollering and drinking beer and forget that you’re playing a song. They’ll wait to hear something they like [laughs]. You get undivided attention in the UK, which is really kind of cool.

What got you into music initially, and what made you decide to pursue it as a career?

I listened to Elton John records when I was a kid. My dad had this Jeep that he would take me to school in every morning, and he had Elton John tapes in his tape deck all the time, like Madman Across The Water and Honky Chateau – a lot of really cool older records that Elton John put out. We would listen to those every morning and I just loved them. All I wanted to do was listen to Elton John. I was obsessed with it. I never even thought about playing music, but that was my initial obsession with it.

That eventually led to me learning to play piano and then guitar as a teenager. Then when I saw country stars like Kenny Chesney singing about what I knew – small towns like mine that I grew up in – it made sense for me. I just decided that’s what I wanted to do.

Yeah, so we wrap up the Better Off Gone tour on New Year’s Eve in Wichita. We have some other things to do out on the West Coast in LA, like a little cruise that we’re doing. Then we start the Russell Dickerson and Carly Pearce tour, and that goes to end of February, early March. And then hopefully we’ll be heading over to Europe but that’s all up in the air, we don’t have any finalised dates yet.

Are there any plans for new music?

I hope so. I really hope we get to put new music out. We’re gonna do a deluxe version of Come Back Road. It’s just so hard to get new music out because this album is exploding right now. It’s still in the early stages of where I think it could potentially land. So I think we’ll probably end up just promoting and touring on the same record next year, just in other places, and see what happens. And then hopefully by the end of next year we’re getting close to putting out new music.

But we do have a series called From The Vault which is unreleased songs from records that never came out. That’s a series that’s on YouTube and people can listen to that. If you’re a hardcore fan and you’re ready for new music you can check out the From The Vault series.

Are there any particular songs from that series you’d like to highlight?

There was a period right around 2013 and 2014 that was a really good couple of years creatively for me. I didn’t have a producer and I kind of had free reign of whatever studio I wanted in town. Just because now the publishing companies have tightened down on budgets and stuff like that, but at this point I was doing whatever I wanted. So I was just writing and writing and writing and recording everything, and I was using my road band and producing the rest of the stuff myself. So I had maybe 25 songs that I wrote and produced myself, and put a record together that was supposed to come out. And Sony signed me in 2014 and took one or two songs from that era but never put any of those out. It’s just songs that were made for a record that was never released. I’m trying to put as many of those out as I can. Hopefully I can get at least 10 or 12 of them, an album’s worth of them out there by next year.

Logan Mize’s latest EP, The Acoustic Sessions, and album Come Back Road are out now.

Advertisement. Scroll to continue reading.
In this article:Logan Mize