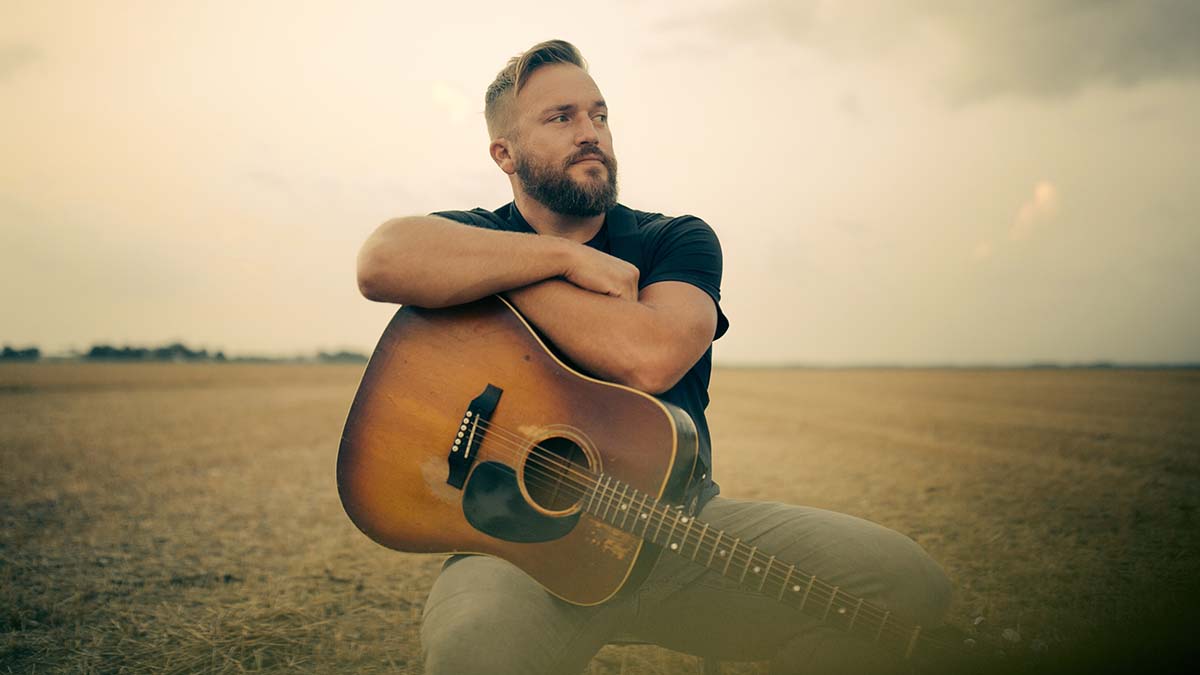 Country singer-songwriter Logan Mize had been building a solid profile here in the UK prior to the pandemic.

Once COVID hit, Mize was unable to tour and instead turned his attention to writing and recording. Less than 12 months on from his album ‘Still That Kid‘, Mize is releasing new album ‘Welcome to Prairieville’, which he says is a project he’s wanted to release for a long time.

I spoke to Logan to find out about the record, discuss the impact of the pandemic and to talk about his plans for a Christmas album…

You’re about to put out ‘Welcome to Prairieville’, your second album in a year…

Yeah, (there’s) nothing else to do but just put records out. Touring’s not what it used to be so I’m just gonna make records.

The concept for this album was gestating for a while before the project came together. Tell me about the journey to making this record…

It started as a writing exercise. The whole Music Tow, let’s write a formulaic Country song every day – that’s when I was just a staff writer down on Music Row from 2010 to 2011 and I was touring, but 40 shows a year tops, and I was just writing a ton – I got burnout. I made up this town, Prairieville, based on a town on the Great Plains where I’m from, and brought in all these characters that I was familiar with. There’s so many Southern folks that write about Southern culture. Being from the Midwest, it’s different. They have different quirks and they’re more stoic. I just know that character really well and it’s not really represented a whole lot in Country music. There’s subtle differences but it was a way for me to be more creative. I started writing about this town and there’s a bunch of songs, I mean dozens of them. ‘Prairieville’ became less of a concept album than it originally started, now it’s more of a theme. In the process of creating ‘Prairieville’ I discovered my own writing style and that’s how this came to be.

Sonically this album is different from what people have heard before and it’s pushing you into new areas. Was that intentional or accidental?

It was on purpose because this is the most me thing I’ve ever done. Everything else up to this point has been a ‘let’s meet in the middle’. People are investing money, they hear you a certain way and they want you to do a certain thing, and I’m trying to pull my direction. You get caught in that classic Music Row battle with somebody who sees things differently than you do. This is finally an opportunity for me to just be myself. The production is right on what I wanted, the songwriting style… everything is straight from the heart.

Was there any part of you that was worried about putting a new album out so soon after ‘Still That Kid’?

Yeah. This has been my focus for a while. We recorded this in March right after ‘Still That Kid’ came out. I think there might have been two songs I wrote in that three months in between but the rest of it I’d already had the songs done before the ‘Still That Kid’ record came out. I was ready to get it out. ‘Welcome To Prairieville’ comes out October 1st and I’m already thinking about the next thing. I just get antsy. I’m really excited to see what people think and see the reaction.

If this is the project that you’ve always wanted to put out, it must have been really hard to sit on these songs for so long…

Yeah for sure. I’m not saying I don’t love everything. There’s things that I like and there’s things that I’m so so on. I’ve always been excited about putting music out but this is the most excited I’ve ever been. It’s tough when you have something that you’re laser focused on and that you love, and you’re doing this other stuff. It feels like, ‘let’s just give them the truth here. Let’s just give them me’ rather than just cutting some Music Row songs. I’m very excited.

There’s an element for all artists that you have to earn your stripes before you’re allowed to make the creative decisions and push what you want a little harder. Now that you’re able to do that, it must feel good?

Absolutely, yeah. You spend 10 years in a van, you write, you keep putting records out and eventually people will trust you. It’s like, ‘OK well, we know you’re gonna give us something we like. Go for it and do whatever you want’ and that was like, ‘alright, here we go’.

Yeah, I know. I don’t know how we’re gonna sift through and make a setlist now,

That’d be awesome. I’d love it.

You mentioned that touring isn’t what it used to be. What’s it looking like for you in the US right now?

I used to be coast-to-coast and border-to-border, and everywhere in between. Since it’s fired back up, I’m still touring but it’s pretty regionally. Everywhere on the Great Plains and then some of the Rocky Mountain region, but we’re not hitting the coastal areas at all like we used to. I just don’t know if they’re running wide open like they were. I know there are people hitting some of those places for some of the bigger arena type shows but as far as theatres and clubs, it seems that they keep canceling and moving. That’s been a tough go.

It’s such a difficult situation as you don’t want to book a load of shows and potentially lose a lot of money but at the same time, touring is your livelihood and you’re desperate to get back out there…

Right! Absolutely. Everything is good, don’t get me wrong, but it would be awesome if this album had some wheels. It seems like the amphitheaters and the bigger venues that are outdoors are going off without a hitch, and we’ve done a lot of those in the Midwest, but getting out to some of the areas that I haven’t hit in a while it’d be cool to play some of those bigger venues. I’m crossing my fingers.

Is there anything else you’re working on or hoping to do between now and Christmas?

I’ve started stockpiling songs and I have a couple that I already know I’m going to cut. I don’t really know what the process recording wise is going to be for the next (album). I have a couple of irons in the fire, just trying to figure out what the next sound is going to be. Obviously, it’ll stay somewhat within the scope of what I do but I’m always trying to figure something new out and pull new influences in. I’ve been playing a lot more piano now so there’s piano songs, and I’ve always written on a guitar. You grow and you search for something different and more fun that pulls at you. I don’t really know if I can define it yet but we’ll see soon.

I think ‘Welcome to Prairieville’ is some of the best material I’ve heard from you so I’m looking forward to hearing more like that. You must be desperate to come play these new songs for us?

I really am. I can’t wait. I love touring the UK. I’m hoping that I see that pop up on my calendar. Every day I wake up and look just to see.

Have you found any time during the pandemic to pick up hobbies or discover anything new about yourself?

You know, I do farm a little bit on the side now. We live here on my my wife’s family’s farm. We’re out here in the middle of nowhere. I’ve been doing that and that’s fun. I coached kids’ baseball this year, which was fun, and my son’s into football so just doing a lot of dad stuff. I’ve been running a lot, just getting out on the dirt roads so that’s been fun.

With Christmas coming around are we going to get any Christmas music from you?

That’s a good question. We actually booked to go in the studio at the beginning of September to record a Christmas album. It was actually my wife and I, The Mizes is what it was called, and we were going to do it but at the last minute it fell through with the studio we were going to go to. We’ve pushed it to next year, so no Christmas music this year but definitely next year. We wrote our own original Christmas songs and they’re really goofy (laughs).

Logan Mize’s ‘Welcome to Prairieville’ is released on Friday 1st October 2021. Watch the lyric video for ‘If You Get Lucky’ below:

In this article:Featured, Logan Mize