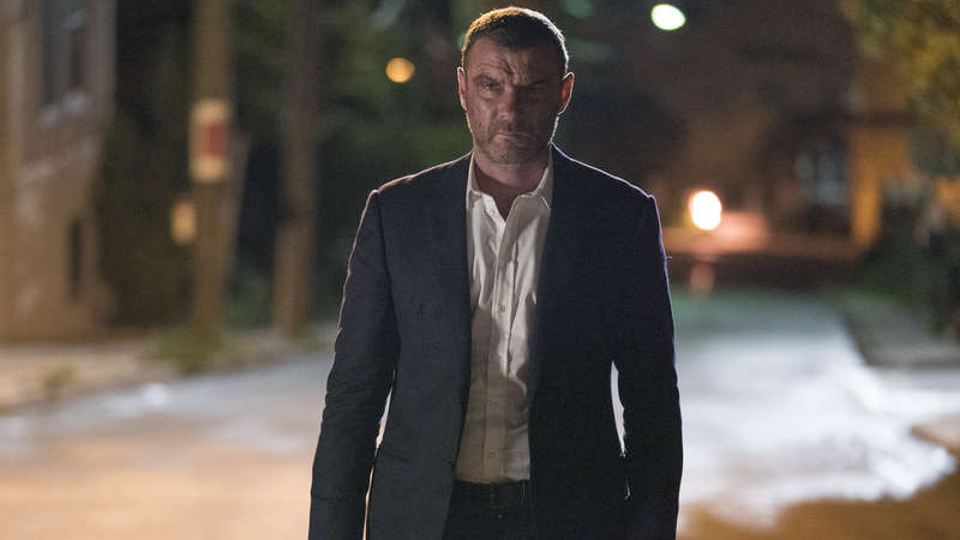 The tenth episode of Ray Donovan season 6 saw Ray (Liev Schreiber) trying to get Bridget (Kerris Dorsey) back from the corrupt cops.

Ray jumped through a window and escaped from Rad (Tony Curran) and the rest of the cops in a hail of bullets. He scaled a wall and made his way to a diner where he cleaned up and removed a large shard of glass from his shoulder.

Ray arranged a meet with Winslow (Susan Sarandon) and gave her his copy of the recording where Ferrati (Zach Grenier) asked him to kill a judge. It was all she needed to swing the election in Novak’s favour.

Ray headed home and found his father Mickey (Jon Voight) waiting for him. He wanted his money back but Ray had give it to Winslow. When the cops kidnapped Bridget, Ray went to get the recording back but it wasn’t enough to get her set free.

Rad had Bridget tied to a chair and gagged. He left Mac (Domenick Lombardozzi) in charge of watching her. He removed her gag but ended up punching her in the face when she started screaming.

Ray arranged for Mickey, Daryll (Pooch Hall) and Smitty (Graham Rogers) to kidnap Danny (Chris Tardio) one of Rad’s cops. Mickey beat him half to death to get the address where Bridget was being held.

Elsewhere, Bunchy (Dash Mihok) asked Terry (Eddie Marsan) for money to start again. Before he could, the FBI found him and took him into custody.

At the end of the episode, Mickey shot one of the cops to save Ray. The found that Bridget had been moved.

The next episode is Never Gonna Give You Up. It’s all-out war between cops and family, as the Donovans band together to save one of their own. Mac faces a difficult decision.

Ray Donovan season 6 episodes air Sundays at 9pm ET/PT on Showtime in the US and Wednesdays at 9pm in the UK on Sky Atlantic. Preview the episode with our gallery below: