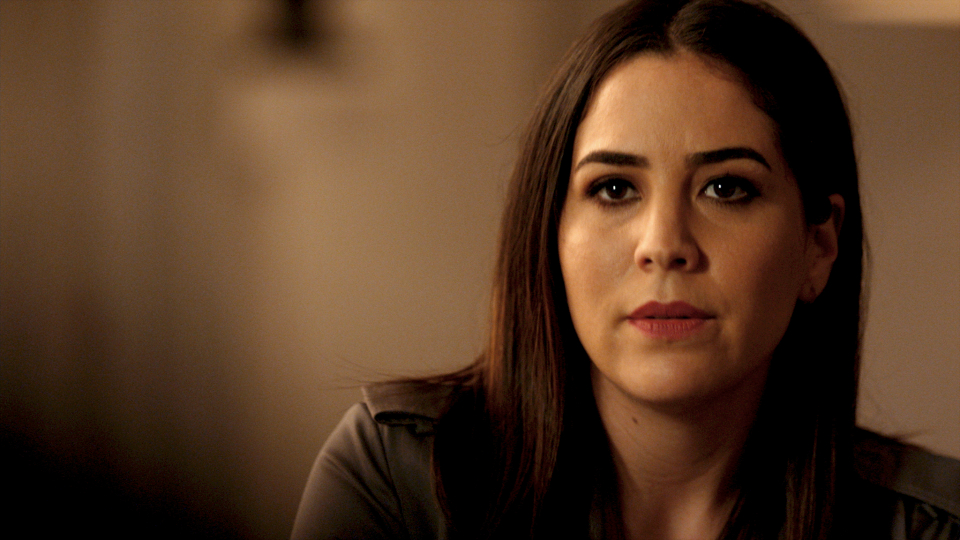 On the last episode of Blindspot, a tattoo pointed to someone from Weitz’s (Aaron Abrams) past.

A murdered congressman left the letters GPA written in his own blood. This triggered an unsolved tattoo case that involved Weitz. The team faced a race against time to keep the rest of Congress safe while they worked out what the GPA were up to.

Reade (Rob Brown) was investigated by the CIA and suspended because of what had happened with Zapata (Audrey Esparza). Weitz later revealed he planned to use Reade to get to Zapata before the CIA.

Zapata was tasked by Madeline Burke (Mary Elizabeth Mastrantonio) with gaining access to some secret research. She completed the task by blackmailing an engineer.

Jane/Remi (Jaimie Alexander) trained to break out Shepherd with the help of Violet (Hettienne Park). Weller (Sullivan Stapleton) was closing in on them and the episode ended with him confronting his wife.

The promo for the next episode reveals that it’s Weller versus Jane. It looks like it’s finally out in the open that Jane has reverted to Remi.

Watch the Blindspot 4×07 promo trailer below:

Here’s the official synopsis of Blindspot 4×07 Case: Sun, Moon and the Truth:

Remi’s schemes put her and Weller in danger, while Patterson and Rich solve a mysterious puzzle at the FBI.