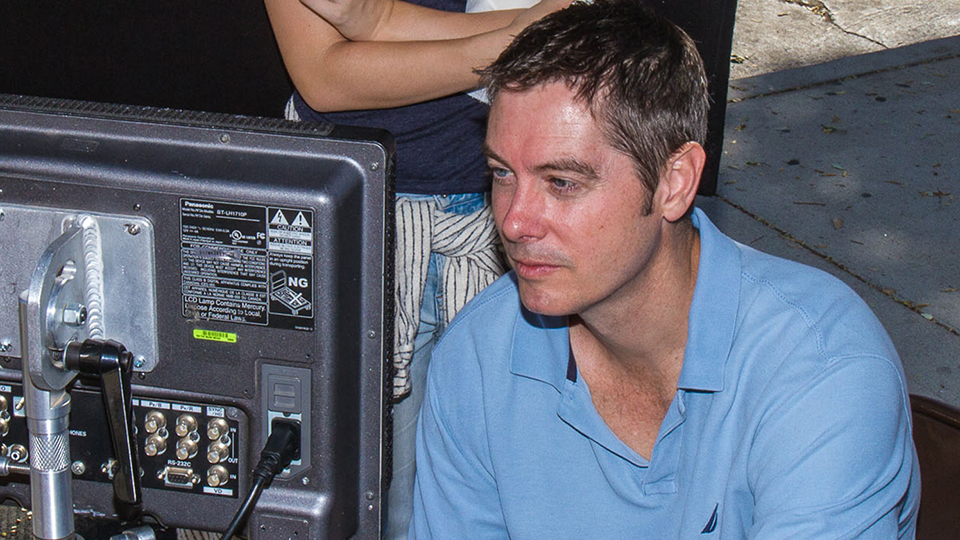 West Hollywood-based writer/director Keith Hartman released You Should Meet My Son! in 2010 and the film was an instant hit with fans and critics.

His next film, Real Heroes, was released in 2014 and put a group of superheroes into a Big Brother environment. It showed a different side to Hartman and picked up a cult following. For his latest film, Hartman decided to revisit the characters from his first film for the sequel You Should Meet My Son! 2.

I caught up with Keith to discuss how the sequel came to be, talk about the all-new cast and to find out what his biggest challenges were when making the movie.

Hi Keith. How are you and where does this email Q&A find you today?

I’ve got a new movie out, so I’m a happy man! Right now I’m curled up with my computer at a coffee shop in LA enjoying a rainy day. We get them so rarely that it’s kind of a treat when one happens.

Your new film You Should Meet My Son! 2 is out now. What’s it all about?

It’s a comedy about a fundamentalist mom who’s determined to stop her gay son’s wedding. But her plans go awry when she accidentally befriends his fiancé and finds herself giving relationship advice. So she winds up torn between trying to prevent her son’s marriage and trying to save it.

Honestly, the fans kept nagging me for one. The first film ended with Brian and his mother resolving their differences, but left open the question of what happened between Brian and Chase. And every email I’ve gotten for the last ten years has been asking about that.

So the new film opens a year after the first one ended. Brian and Chase are about to get married. But there are some unresolved problems in their relationship. And then Brian’s mom gets the bright idea to invite Chase’s mom to the wedding, not realizing that Irene is a born-again fundamentalist who thinks gay marriage is blasphemy. And all hell breaks loose.

The characters are the same for the sequel but the cast is different. What was your reason for using different actors?

It’s been ten years since we shot the first movie. Some of the cast are dead, some of them have retired from acting, and a bunch of them have moved away from Los Angeles.

And the original actors are all ten years older than their characters now. We could probably make that work for the drag queens — they’re buried under so much makeup that you could never tell their age. But it would be kind of silly to have a guy in his late twenties playing the sixteen year old neighbor, for example.

I loved the original cast. But there was just no way to get the band back together. And the new cast did some amazon things with these characters.

You’ve written and directed the film. What are the challenges you faced when making the film?

Honestly, the biggest challenge is always financing. It’s so hard to find money for indie gay films. Luckily, the first movie did pretty well, and there were some investors who were willing to take a chance on this one. And then Garçon Model came on board as our underwear sponsor, and gave us the last chunk of funding to round out the art budget.

The two leads – Tyler Richmeier and Emory Duncan – have fantastic chemistry. How did you help to foster that from behind the camera?

Honestly, the trick with casting is to hire the right actors and then get out of their way.

I had decided on Tyler for the Brian role pretty quickly. —He’s got this goofy charm that’s perfect for the character. So then I brought in our top candidates for the Chase role to read some scenes with him.

And that’s when Emory jumped to my attention. He was good on his first read. But as he and Tyler worked on the scenes, they kept finding new things, new ways to play off each other. Emory came up with all these ways to push Tyler’s buttons, which gave Tyler the freedom to react in new ways and strengthen the dynamic between them. It was exciting to watching it happen in the audition room.

By the time Emory and Tyler had finished, I was seeing them as a couple. A couple with problems, sure. But a couple that I wanted to see work things out.

What’s your favourite memory from shooting the film?

The bachelor party scene. It was a crazy day. We had 30 extras on set, and all these gogo boys, and almost every actor in the movie. And we’ve got a tight deadline to be out of the location. So I’m running around trying to choreograph everything, and I’ve got no time to work with the actors on their performances.

And everyone just came in and nailed it. Just these amazing performances. Funny, and sweet, and complicated. I was particularly impressed with the actors playing the gogo boys, because we’d had no rehearsal time. And they came in with these fun choices that just make the scene.

Apparently the extras had a lot of fun, too. I’d recruited every friend of mine in LA to come help. And guess what happens if you ask a bunch of gay boys to spend the day pretending to flirt with each other in front of a camera? Apparently a lot of them scored dates off that afternoon.

Do you think we might see a third movie in the series in the future?

Oh yeah. I’m working on the script now. It involves Chase and Brian having to suddenly adopt Chase’s nephews and niece. One of the teenage boys is homophobic, and the other one is struggling with his sexuality. And the twelve year old girl is on the autism spectrum, and wants to dress up in a Star Trek uniform for school every day.

So the boys have their hands full.

I’ve writing a gay coming of age novel called Confessions of a Former Teen Superhero. If it turns out well, it may be the next movie down the road.

And I still want to film Vampire Strippers Must Die! It’s sort of a gay Buffy the Vampire Slayer meets Magic Mike.

Hanging out with my family in Dallas, and chasing my adorable six year old nephew around the house with a foam sword.

You Should Meet My Son! 2 is available now. You can buy it at https://amzn.to/2SdOkJY. Watch the trailer below:

Advertisement. Scroll to continue reading.
In this article:Keith Hartman, You Should Meet My Son! 2