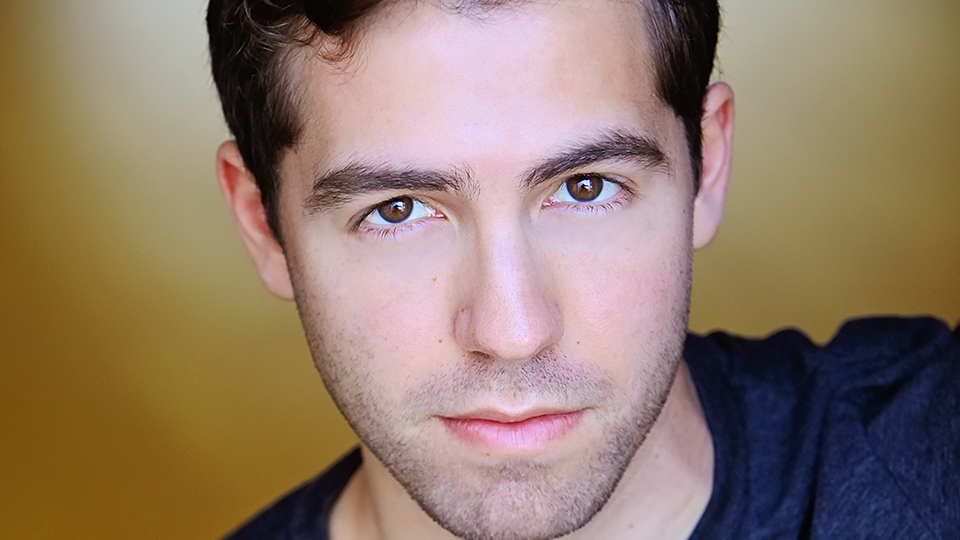 Emory Duncan takes on his biggest role to date in Keith Hartman’s comedy sequel You Should Meet My Son! 2.

The Texas-born actor plays lead character Chase, a go-go boy who is marrying Brian (Tyler Richmeier), the man of his dreams. His interfering, religious mother Irene (Ryann Robbins) shows up and plans to put a stop to the wedding.

I had a chat with Emory to talk about his role in the film, discuss working opposite Tyler and to find out his plans for the holidays.

Hello Emory. How are you today and what have you been up to so far?

I’m actually stuck in bed, I’ve got the flu right now so that’s why my response is four days late. Or at least I’ll blame it on that when anyone that knows me will tell you I’m an ace procrastinator.

You play Chase in Keith Hartman’s new movie You Should Meet My Son! 2. What’s the film all about and what do we need to know about Chase?

I think its a relatable story, and not exclusively to the LGBT community. Trying to get past the past. We never stop seeking acceptance. Coming of age and unconditional love. And it’s relevant to today’s social climate. But it’s not a political piece, it’s a rom-com. I don’t want to give anything away for the people that haven’t seen it, but it involves a religious southern mother who will stop at nothing to prevent her gay son’s wedding. But along the way she unknowingly befriend’s his fiancé and all sorts of chaos and hilarity ensue.

Chase is gregarious, persistent, empathetic, and has his share of covered up insecurities. He’s also got a skeleton in the closet that he hides from Brian that plays a pretty critical role in their dynamic and relationship.

The role requires you to wear very little for quite a lot of the film. How did you prepare for that and did you find it intimidating at all?

I only learned I got the part right before shooting started, so I had to dive in head first. I had only LIGHTLY skimmed the script before committing to the project. But I just knew right off top that I wanted to play this character. Don’t tell Keith, but I was only able to read the script from cover to cover a couple days before shooting started. So once I realized I had as many underwear scenes as I did, I was like “We’ll I guess I’m doing that”. Of course I initially felt vulnerable, but quickly had to put that aside because I knew Chase wouldn’t. You can’t allow aspects of your personality that don’t align with your characters’ to spill over. You have to commit 110%, if you allow yourself to be hesitant, that will show on screen.

Tell us how you got involved with the project and what drew you to it.

As soon as I read the script I was in. As you said, Chase is layered. He’s not the type of character I normally play, and I leapt at the challenge and opportunity for growth. I’m a big fan of staying outside your comfort zone. I immediately had some ideas on the direction I wanted to take. I wanted Chase to be a normal kid, down to earth, and not overly flamboyant, someone everyone could watch and say “I know someone just like that”.

You have some really fantastic scenes with Ryann Robbins who plays Chase’s mother Irene. What was she like to work with?

She’s a force of nature. Off screen she’s the kindest, warmest person, and once “action” is called, there’s no trace of that. It’s common knowledge in acting, but when you’re acting across from someone who’s better than you, you get better. Ryann makes it easy for you. I don’t really know how it works, but there’s magic in that.

Who was your favourite scene partner and why?

My favorite scene partner had to be Tyler. We got pretty close pretty quickly off camera, and I think that allowed us a little more room for improv in our scenes. If you look at all the takes of any scene, I’m sure no two were the same.

Chase is the most layered character in the film. What did you draw on for the more emotional and personal moments?

I don’t really like to get into this too much, but past relationships of my own, as well as observing first-hand some of my close friends’ and family definitely give me portraits to draw from.

You have a great chemistry with Tyler Richmeier, who plays Brian. What was your experience like working together?

Tyler is incredibly talented. We became fast friends off set, and that allowed for a level of comfortably with one another that the script called for. The fact that each of us was just as vulnerable as the other in the intimate scenes gave us this “we’re in this together” mentality. In addition, the choices I made were largely improvisatory. I don’t like to rehearse a scene to death because it’ll start to feel to manufactured and set in stone. While shooting, I like to let the scene unfold and surprise me. That way you get a different take each time. Because of our off screen relationship, Tyler was super receptive to this approach, and I think we found something new in each take.

I’m from Texas, but my family is actually coming out to California, and we’ll be renting a cabin near Sequoia National Park. It’ll be low-key, but my family is super outdoorsy and we prefer mountains to the city.

You Should Meet My Son! 2 is my biggest project to date, so since then its only been minor appearances here and there. I’m always on the hunt, so if you’re tight with any casting directors, definitely point them in the direction of the movie! 🙂

You Should Meet My Son! 2 is available now at https://amzn.to/2V6ZDWc. Watch the trailer below:

In this article:Emory Duncan, You Should Meet My Son! 2