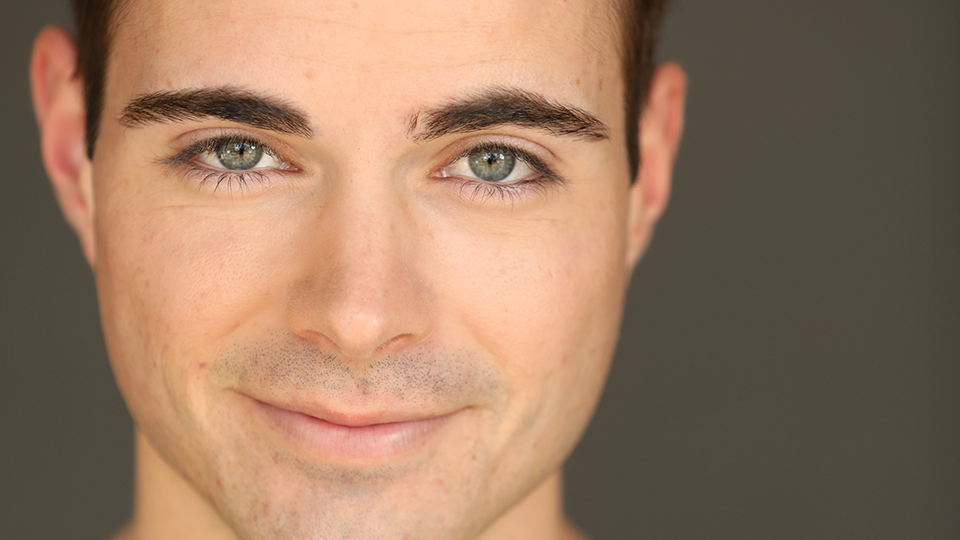 Comedy sequel You Should Meet My Son! 2 is one of the must-see LGBT films of the year.

Picking up the story from the hit 2010 film You Should Meet My Son!, the sequel stars Tyler Richmeier as Brian who is about to marry his boyfriend Chase (Emory Duncan). Tyler is best-known for his role in the smash-hit web series Steam Room Stories.

I caught up with Tyler to talk about his new film, discuss his chemistry with co-star Emory and to find out what else he has coming up.

Hi Tyler. How are you and where does this email Q&A find you today?

I’m doing very well, thank you. I’m currently sitting on my couch and watching my cat play with our Christmas tree. You know, living the good life.

You are one of the leads of Keith Hartman’s You Should Meet My Son! 2. Tell us about your character Brian.

Brian is described as “the life of the library” by his fiance, Chase, and I couldn’t agree more. He’s a shy high school teacher who doesn’t really fit in with the party crowd that Chase is familiar with. However, despite their differences, he’s found a home in Chase. His main struggle in this sequel is dealing with the ghosts of his and Chase’s past.

What attracted you to the role and how did you get involved with the project?

I saw a lot of myself in Brian and I liked the journey he goes on in the story. It’s funny, initially, I was called in to read for Chase, Brian’s fiance. Then, Keith asked if I would be interested in reading for Brian. I said, “Sure,”. He sent me the full script to get a feel for him and I was hooked. What got me involved with the project in the first place was my connection to the Steam Room Stories Web Series. J.C. Calciano of SRS linked Keith and me up and the rest is history.

You work really well on-screen with Emory Duncan, who plays your fiancé Chase. What preparation did the two of you do to ensure you were believable as a couple?

This isn’t the first time Emory and I have heard we make a very convincing couple, but we didn’t really do any preparation together. We just had chemistry from the start and Keith and everyone involved with casting were able to see it.

The film is a real ensemble effort. What was the shoot like and what was the best advice you got from your cast mates?

The shoot was fast, I think the entire thing lasted only about 2 1/2 weeks. But being on the set was a blast, especially when we’d film scenes with Salsa (Andrew Perez) and Fantasia (Evan Michael Lee), who gave me the best advice on set. He told me I should work on my dancing skills. If you watch my strip tease at the end of the movie, you’ll see he’s not wrong.

What was your experience like working with the writer/director Keith?

Keith is great. He had a clear vision and was very actor friendly in the sense that he gave us room to play and bring our own creativity into our work.

There are some risqué scenes in the film that require you to be in various states of undress. Do you get nervous filming those kinds of scenes?

Yes and no. It’s always a little nerve-wracking not being fully clothed, but everyone on set was very professional about it.

What is the one thing you would say you’ve learned from making this film?

Trust myself, enjoy the moment, have fun. Take your pick.

What are your plans for the holiday season?

I’m actually heading to CO for Christmas to visit my family. It’s always nice to get some snow over the holidays.

What projects are in the pipeline for 2019?

I just wrapped another round of episodes for Steam Room Stories, which will be airing in 2019. Other than that, I’m just gearing up for the upcoming pilot season. If you want to keep up with projects that I’m doing, I’ll usually post about them on social media when I’m able to share the details.

You Should Meet My Son! 2 is available now at https://amzn.to/2V6ZDWc. Watch the trailer below: